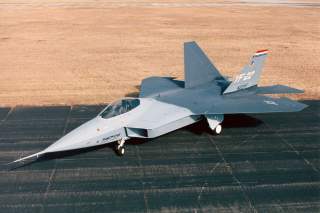 With the F-23, the Air Force would have a greater margin of superiority over potential threats like the Chinese J-20 or the Russian PAK-FA.  But would that have been worth the price differential? Hard to say—but one can only imagine.

This first appeared back in 2015 and is being reposted due to reader interest.