Su-27: This Plane Could Start a War Between Russia and NATO 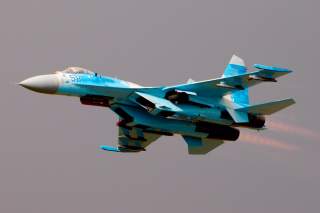