Superpower Military Showdown: China vs. America (On Land, Sea and in the Air) 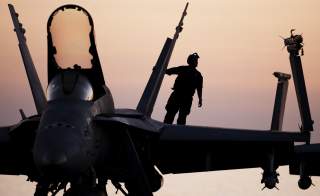