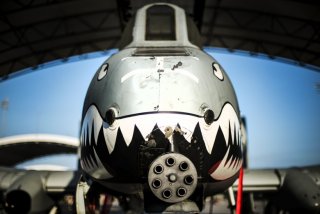 When Air Force Secretary Deborah Lee James was asked this week about a surprise proposal from within her service to squeeze two new aircraft types into an already overcrowded modernization plan, she said she hadn't seen the proposal and then asked the obvious question: "Where would we get the money?"

Good question.  The Secretary's response, reported by InsideDefense.com, suggests the proposal to buy two planes that don't match the combat performance of aircraft already in the fleet was a "trial balloon" intended to gauge political support for such a move.  If so, it hasn't had the desired effect because few observers can figure out why the world's leading air force would contemplate buying a propeller-driven combat aircraft 60 years after the world transitioned to jets -- or why it would buy a low-end jet for close air support when it told Congress last month it needs 1,763 stealthy F-35 jets to do the same job (among others).

Whatever else this odd proposal may portend, it demonstrates that some folks on the Air Staff aren't thinking realistically about the funding constraints their modernization plans will face going forward.  The Obama years have not been kind to military investment accounts.  The president's first term began with a compendium of major program cancellations, which included terminating the Air Force's top-of-the-line F-22 fighter at barely half of the service's stated warfighting requirement.  Virtually all of the military savings generated during that first term came from modernization accounts, and about two-thirds of savings required by congressionally-mandated budget caps during the president's second term came from the same place.

Not surprisingly, policymakers are now expressing concern that potential enemies are closing the technology gaps with America's warfighters.  The United States is spending less than 1% of its gross domestic product on new military technology, and it shows.  The Army says CH-47 Chinook helicopters will likely remain in service for a century, and has given up on funding any major modernization initiatives until the next decade -- even though it is relying on Reagan-era systems for much of its combat capability.

The Air Force has taken a different tack, sacrificing wherever it can to fund an ambitious modernization plan that includes a new fighter, a new bomber, a new tanker, a new radar plane, a new trainer and a new combat rescue helicopter.  No other service has so many new starts going during the current era of depressed weapons spending, and in order to make it all fit in a capped budget, planners have had to embrace some rather heroic funding assumptions.  For instance, the service took nearly a billion dollars per year out of its bomber development plan through the end of the decade after accepting an improbably low bid for the program that likely will balloon under its cost-plus contract.

The service can cope with one program going awry by stretching or reprogramming, but the bigger challenge ahead is that overall federal spending is headed back to trillion-dollar deficits circa 2022.  As chance would have it, that's the same timeframe in which most of the current modernization programs would require peak funding, because planners figured that the law capping federal spending would have lapsed by then.  It may, but the fiscal situation probably will have deteriorated to a point where big defense increases are off the table.

However, you won't need to wait until then to see the impact of scarce funding on Air Force modernization plans.  The service's biggest program, the F-35 (formerly known as the Joint Strike Fighter), has already been nudged off the ramp rate required to get the cost of each plane down to the level of legacy "fourth-generation" fighters.  The plan had been to start buying 60 F-35A variants for the Air Force per year in 2018, and then ramp up to 80 per year early in the next decade.  But the 2017 budget request shows the Air Force buy stuck below 50 through the end of the decade, and then only reaching 60 in 2021.

Whether it will ever get to 80 per year is anyone's guess; Pentagon Comptroller Mike McCord expressed skepticism on that score when the latest budget request was released earlier this year.  Undershooting the planned vector for F-35A production doesn't just delay replacement of the Air Force's decrepit tactical aircraft fleet, it also means that the unit cost for other services and allies that are buying the F-35 will go up.  The joint program office is arguing that an 8% drop from the Air Force plan over the next six years won't significantly impact unit costs, but that's just the change reported this year.  As budget walls close in, the Air Force could be forced to make further trims in future years.

That would be really bad news for U.S. air power, because F-35 is one of the few planes the Air Force has that will be able to survive in future combat against countries like Russia and China.  Fourth-generation planes will probably be too vulnerable to integrated air defenses and stealthy interceptors.  So it's hard to understand why Air Force planners would want to aggravate the budget crunch they are already facing in their modernization plan by adding additional aircraft types into an already stressed agenda.

One of those planes, a propeller-driven aircraft for attacking ground targets, could not survive contact with any adversary operating jet fighters.  The other, a jet configured for close air support of troops on the ground, probably could not match the performance of existing A-10 Thunderbolts, because it is supposed to operate at much lower cost.  Of course, the Air Force would first have to develop and produce the new plane while A-10s were still operating, which means a bigger burden on an already overstretched budget.

Apparently the service's internal thinking is that it needs a more "balanced" force to deal with the full spectrum of future threats, meaning it wants to buy less expensive aircraft for fighting less capable adversaries.  The problem with embracing such perverse innovations is that there is no way of knowing today how those less capable enemies might be armed by the time low-end aircraft reach the force, and in the meantime the added costs will undermine efforts to modernize for the really demanding challenges.

This is a bad idea that will hurt the Air Force, sister services, and all of the allies counting on acquiring the F-35 for their own air forces.  As Andrew Davies of the Australian Strategic Policy Institute observed after reviewing the Air Force's revised acquisition profile for F-35 earlier this year, "it looks like Australia will be paying more for its aircraft."  That's what happens when a program loses economies of scale and the learning curve flattens out due to reduced production rates.

Fortunately, the Air Force Secretary appears to grasp the fiscal and operational consequences of buying unneeded planes at a time when desperately needed next-generation aircraft will be hard enough to field on time.  So maybe this ill-conceived trial balloon, released during the dog days of a drowsy Washington summer, will drift away without obscuring the Air Force's longstanding vision of how it must modernize.  The Air Force needs to stick with the plan of record if it wants to keep up with future enemies.