Is Taiwan a Country? 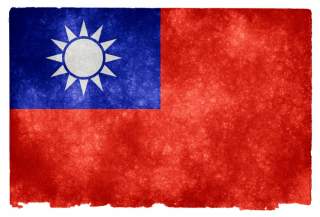 In her recent inauguration speech, Tsai Ing-wen said very little of what Beijing wanted to hear from her. Instead she chose to assert Taiwan’s nationhood using language that is sure to aggravate China’s leaders. As a result, we are now likely to be standing on the verge of a new round of conflict across the Taiwan Strait.

To a very small extent, Tsai did acquiesce to Beijing’s preferences. She begrudgingly “recognized the historical fact” of the 1992 consensus, a touchstone in relations across the Taiwan Strait where both sides, to a degree, agreed to disagree on their relationship. For China’s leaders it is the only starting point for any negotiations with their counterparts in Taiwan, because it spells the existence of “one China.” Given this preference, Beijing surely is disappointed that Tsai did not do more to praise what was said back in 1992. However, they must have also expected Tsai to demur on this front, given the domestic political constraints she faces on the island. The consensus is a nonstarter for Tsai’s Democratic Progressive Party. So Tsai’s tepid focus on the 1992 consensus in her speech should not have come off as a great surprise to any of the interested parties.

What was somewhat unanticipated, and is likely to be of much greater import, is that Tsai placed an emphasis in her speech on the “country” of Taiwan. Indeed, she used the term guojia (which can be translated as either “nation” or “country”) multiple times during her address. In the past, when former Chinese presidents made mention of the island’s unique political status, whether it was Lee Teng-hui focusing on “Taiwan” during his speech at Cornell in 1995, or later when he spoke of special state to state relations, let alone when Chen Shui-bian made similar statements throughout his two terms in office, such speech acts have always elicited strongly worded responses from Beijing, and often more substantive measures as well. Tsai, to no small extent, appears to have taken such rhetoric to a new level in choosing to highlight the island’s separateness from China at the moment that she became its leader.

While it is still early, and Beijing may yet show constraint, there can be little question that China’s leaders will see such a choice as a provocative one. It would then appear that cross-Strait relations, for better or worse, are headed back into turbulent waters. In the past, when this has occurred, the United States has always gotten pulled into the scrum. Should things begin to deteriorate in the coming months, we should anticipate that this will again be the case.