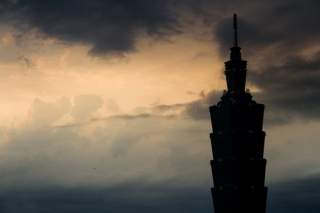 Taipei, Republic of China - The Republic of China (ROC), better known as Taiwan to most Americans, has been in the headlines since Tsai Ing-wen of the Democratic Progressive Party (DPP) was sworn in as the nation's first female president on May 20.  The DPP derives most of its support from ethnic Taiwanese and is generally considered to be pro-independence. The opposition, Kuomintang Party, or KMT, which traces its roots to General Chiang Kai-shek's supporters, who fled the mainland ahead of the Communists in 1949, believes Taiwan to be fundamentally Chinese.  Although it differs starkly in ideology with that of the Chinese Communist Party (CCP) on the mainland, the KMT is generally in accord with the CCP that Taiwan is part of "one China."  Accordingly, the PRC is not amused by Ms. Tsai's and the DPP's landslide win and the general excitement her inauguration has generated in Taiwan.

And it seems Taiwan’s security challenges are back in the headlines as well. Retired U.S. Navy Captain Jerry Hendrix wrote in National Review last week that “China’s strategy [in the Pacific] mirrors Russia’s actions in Georgia, the Crimea, and Ukraine” and asks, “is war with China is inevitable?” Bridge Colby and Walter Slocombe took to the editorial page of the Wall Street Journal last week to urge the Obama Administration to deter Chinese cross-strait challenges by “openly and forthrightly specif[ing] that the U.S. would defend Taiwan against unprovoked Chinese aggression.’  Over the weekend, J. Michael Cole in The National Interest advised President Tsai “to prepare against the eventuality that China could resort to force of arms to break the status quo” and laid out several weapons systems that Taiwan should deploy to counter the PRC threat.

Facts on the Ground:

Since my arrival in Taipei last week, the English-speaking press here has heavily covered the PRC's reaction to President Tsai's election.  Beijing is referring to Tsai as "that woman" rather than use her name. The PRC has also made Taiwan's participation in the World Health Assembly difficult by requiring the WHO to refer to Taiwan as "China - Taipei" and sitting the nation's delegation on the back row with the NGOs. This is the tame stuff. If President Tsai will not expressly adopt the "1992 consensus," which essentially acknowledges a "one China" status-quo, local commentators expect Beijing to ratchet up the pressure on Taipei.  So far, Ms. Tsai has avoided taking a position on the 1992 Consensus. Absent a nod from Ms. Tsai to "one China", among other steps, the PRC will likely make a concerted effort to convince the 22 nations that still recognize Taiwan as the government of China--primarily in the small nations in the Pacific and Central America--to cut off diplomatic relations with the ROC and recognize the PRC. China could also hold big military exercises across the strait.

Perhaps because they have faced Chinese belligerence for almost 70 years, the locals do not seem phased by the latest round of PRC pronouncements.  Further, folks from cab drivers to law firm partners, are supremely confident that the United States would come to Taiwan's defense should China engage in serious saber rattling or actually make preparations for a cross-strait attack.  I am at a bit of a loss to understand this attitude given the Obama Administration's poor treatment of much closer American allies over the past seven and a half years (see e.g. the disregard of Israel's views on the Iran nuclear deal or POTUS's reference to the British Falklands as "Las Malvinas"). There is a charming naïveté in this Taiwanese view of America. They think of the United States as an old and trusted ally going back to the fight against Japan in World War II, a fellow democracy led by men who would not be intimidated by Beijing--Reagan, the two Bushes, even Bill Clinton. They do not seem to have absorbed the lessons of President Obama's very different foreign policy goals and determination to seemingly “end war,” Hillary Clinton's now total support of President Obama's foreign policy and Donald Trump's yet-to-be-spelled-out “America First” approach to international affairs.

What is very clear from conversations with a range of Taiwan's citizens is that there is no interest whatsoever in reuniting with the mainland. Taiwan is developing into a mature democracy. Its people view themselves as part of the liberal international economic order and as part of what we used to called the ‘free world.’ They see Japan, South Korea, America, Singapore and Europe as their friends and peers--not China. Taipei is a beautiful and growing city. City-dwellers are out at night. There is music on the street. The cinemas are full. The theater scene is lively. Night markets, full of stalls selling all types of food and diverse goods buzz with luxury malls abound. The Internet is uncensored. There is even a multistory 24-hour bookstore downtown. There is no possibility such a dynamic people will ever willingly throw in with the Chinese Communist Party.

Some argue that Hong Kong could be a model for possible reunification--but that seems extremely unlikely looking at recent history. The "one country; two systems" fig leaf, that may once have been viable is not working out all that well for Hong Kong where booksellers are disappearing and Beijing gets its way on almost every key issue. It seems clear: Taiwan has watched Hong Kong and learned.  Modern Taiwanese may want to do business with the mainland but there is zero interest in being ruled by a Mr. Xi and his Communist colleagues.

In light of the clear desire of Taiwan for, at a minimum, continued de facto independence from Beijing, I am totally mystified by the ROC's slender defense budget in the face of the PRC challenge. The ROC barely spends 2% of its GDP on defense. Given Mr. Trump's and many Democrats' rejection of such perceived "free riding", Taiwan's lack of spending may end up driving the United States further away, just the opposite of what Taiwan now needs.

Taiwan also looks across the strait and sees a superpower and may figure that whatever it does will be insufficient to make a difference if China strikes with overwhelming power. While the challenge may be daunting to say the least, history teaches us that even smaller nations that are committed to their own defense can deter--or in some cases even defeat--aggression from much bigger powers.

It is true that the PRC's diplomatic pressure makes foreign military purchases extremely difficult for Taiwan, especially for advanced platforms such as submarines.  Further, the Obama Administration, which is under a legal obligation to sell Taiwan defensive weapons, has barely cracked open the U.S. weapons cupboard.  That is, however, no excuse for Taiwan, with its highly-developed economy and technology sector, not to do more on its own.  It must develop an indigenous defense industry. South Africa during the 1970s and 1980s, with a smaller economy and arguably under a much tougher international environment than Taiwan faces, developed highly advanced defense platforms and an even a nuclear weapon. Clearly Taiwan can and should do more.

A Dangerous Time for Taiwan:

Beyond the PRC's unhappiness with President Tsai's election, the last six months of the Obama Administration will be a dangerous time for the world and for Taiwan, in particular.  A former George HW Bush State Department official recently told me that China and Russia have a "once in a lifetime" opportunity to annex neighboring states with little fear of U.S. military intervention during the president's final months.  A moderate and well-respected former member of the House Committee on Foreign Affairs made a similar point to me stating, “the last days of President Obama's term will present a great temptation for international adventurism by our adversaries. He is the weakest President we have had since President Carter.”

What Should Be Done:

Under these circumstances, President Tsai must tread carefully with respect to the PRC as the American Cavalry may not be over the next hill. At the same time, she should immediately and quietly begin strengthening Taiwan's indigenous defense capabilities. She can start by spending at least the 3% of GDP on defense that Taiwan promised. Taiwan should ensure that it becomes a signatory to the Trans-Pacific Partnership (TPP) as early as possible not allow negotiations to drag out over pork imports or any other issue. Indeed, tying itself to the Pacific democracies' key economic initiative is far more important to Taiwan than the TPP's impact on certain domestic interests.

There is also a big part the international community can play. Proponents of freedom and self-determination from outside of Taiwan must shine a spotlight on the ROC in order to rally international support for its maturing democracy.  Taiwan, like Ukraine and other nations in the all too recent past, remind us how fragile liberty and democracy are when expansionist authoritarian regimes lurk in the neighborhood and the United States “leads from behind.”

Robert C. O'Brien is a partner at Larson O’Brien LLP. He served as a U.S. Representative to the United Nations. O'Brien was also a Senior Advisor to Governors Scott Walker and Mitt Romney as well as Senator Ted Cruz during their presidential campaigns. His book: While America Slept: Restoring American Leadership to a World in Crisis will be published my Encounter this fall. Robert can be followed on Twitter: @robertcobrien.