Taiwan's Floundering Military Needs to Up its Game 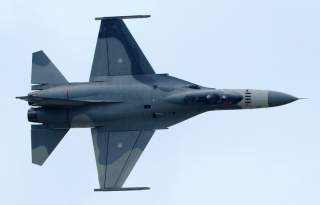 Tsai Ing-wen’s government seeks a greater strategic role in the Pacific and a closer security relationship with the US.  Some Congressional representatives, Washington think tank types, and security specialists also advocate such.  However, the Taiwan military faces some serious challenges inhibiting its ability to play such a role.

Generally, the Taiwan military lacks popular support.  Preferring other means of conquest, China may never attack Taiwan; however, at the minimum, it represents a latent threat that the public generally refuses to recognize.  Too many have been lulled into thinking that because of cross-strait relations and trade, that there is no threat.   Even in the face of continuing large increases in China’s defense budget, the primary goal of the PLA being to prevent Taiwan’s independence, and large scale PLA training exercises focused on the “liberation” of Taiwan. The Ma Ying-jeou administration saw little need to give much attention or adequately fund the military, arguing instead that his brand of diplomacy would make Taiwan safe.

Popular support is further vitiated by bad memories of the era of White Terror when the military was the pillar of martial law and the back bone of the dreaded Taiwan Garrison Command which ran the kangaroo military courts before which those charged with political crimes were tried and then sequestered in such notorious political prisons as Jing Mei or Green Island.

When retaking the mainland was the pre-eminent goal of the ruling Nationalist Party (KMT), 50% of the national budget went to the military in order to prepare it-self to retake the Chinese mainland.  As such, no funds were available to support a national health plan, national pensions, basic infrastructure improvements, etc.  Thus in today’s world, the public often views the expenditure of public funds for modern weaponry as wasteful and useless, especially in view of China’s size and resources. As a result, it has been difficult for Taiwan to increase its military budget to 3% as consistently urged by the US.   Thus, many argue that Taiwan has outsourced its defense to America.

At times, the military is its worst enemy.  Take the Corporal Hung Chung-chu Incident in July 2013, for example. Being ordered to perform a high number of physical exercises as a form of punishment for a minor infraction, Corporal Hung died shortly before his date of discharge from military service.  The public was outraged and mounted several large demonstrations in front of the President’s office protesting abuse in the military.  As a consequence, military judicial authority was transferred to civilian courts and those in military prisons were transferred to civilian prisons.  Obviously, such changes were a large loss of face for the military.

Under martial law, there was little to restrain the military from intruding in civilian society.  Vestiges of such martial law era behavior remain in the military.  In early 2016, military police raided the home of a civilian vendor selling declassified military documents on the internet.  The vendor was doing nothing wrong.  The military police had no search warrant and confiscated the merchandise.   Public outcry clearly reflected negative memories of the past.

Noted Republic of China (Taiwan),   Dr. Alexander Huang, Chairman of the Council on Strategic and War Gaming Studies contends “democracy killed the army.”  Until January 2000, all men had to serve two years in the active military. Then to enhance their re-election prospects, politicians began to reduce the period of conscripted service.   Now active service is limited to four months of training with the stipulation that one must attend reserve training when called. Many are never notified to perform reserve service, and if they were, it is unlikely that there would be enough equipment for all of them.  The reserve system is a clear weakness and might be strengthened by studying the Singaporean and Israeli reserve systems. Concomitantly, in February 2013, Taiwan introduced volunteer military service; however, recruitment goals are rarely met. Demographic patterns also impede the achievement of adequate force levels. Some have suggested that Taiwan needs to reinstate the traditional conscription system.  However, given that Tsai Ing-wen was elected to office with strong support from young voters, it is unlikely that she will seek to bring back conscription.

The mission of the Taiwan military has always been to defend against China.  With the improvement in cross-strait relations and burgeoning economic activity during the Ma period, the mission became blurred. Many in the military see the money being made by businesses in China and question if China is the enemy. Morale has seriously slipped and many question whether a military career holds the promise it once did. The Republic of China military academies are hard pressed to meet recruitment goals.  Just last year thirty six midshipmen resigned from the Republic of China Naval Academy.

Another clear indication of such a drop in morale and mission obfuscation is the upsurge in the number of Taiwan admirals, generals, and colonels who have been recruited by mainland Chinese intelligence agencies to spy on Taiwan.   Over thirty-three cases in the last five years.  The most serious case centered on General Lo Hsien-che who was arrested for selling sensitive information about the Po Sheng highly secret communication system that would be used by the US and Taiwan in the event of a Chinese attack on Taiwan. In the event of a People’s Liberation Army assault on Taiwan, Lo’s treason would have put both Taiwan and American service personnel in jeopardy given that it is likely America would help Taiwan when under siege.

Taiwan needs to ramp up its counter intelligence operations. Former Taiwan Vice-Minister of Defense Dr. Lin Chong-pin believes that the goal of enhanced Chinese intelligence operations targeting Taiwan is to render the Republic of China military as an unreliable US security partner. Because of growing Chinese espionage, the fruits of Tsai’s plan to build a national defense industry to create self-reliance in arms production and to create a higher level of military technology with a spin off-effect for civilian society and more high tech jobs will be put in jeopardy. Polygraphing is used as a counter intelligence tool. However, there is no personnel security system that employs background investigations to determine what level of access, confidential, secret, top secret, one with a clear need to know should have.  According to the June 11, 2016, edition of the Taipei Times, former White House director of counter-intelligence and former Federal Bureau of Investigation supervisory agent David Major suggested the US should offer to train Taiwan’s top counter-intelligence agents [link]. While legislation is likely to be enacted to deny pension payments to retired military personnel [link], longer prison sentences for those charged with treason are needed

Tsai is well aware of the malaise in the military and the need to build professionalism.  She seeks to put pride back into the military and make it an attractive career option.  In just the short time that she has been in office, she has visited many military facilities to directly communicate her vision to the troops.  A rejuvenated Taiwan military is clearly in the mutual national interests of both Taiwan and the US.

William E. Sharp, Jr. is a Visiting Scholar in the Institute of Taiwan History, Academia Sinica (Taiwan).  He teaches a course about contemporary Taiwan at the University of Hawaii, Manoa, and hosts the TV show Asia in Review.