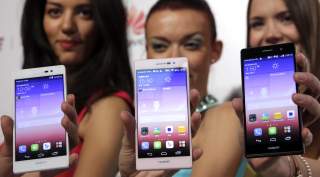 These are tough times for Huawei. The leading smartphone brand in China and the world’s biggest telecommunications equipment manufacturer appears to be facing a major investigation by the United States Justice Department into whether it violated US export sanctions to Iran.

This came about last week after President Donald Trump’s administration imposed a ban on the sale of US technologies to ZTE earlier this month for similar offenses.

But unlike ZTE, the fallout from Huawei, if it was found guilty of breaching sanctions, would result in all “hell” breaking loose, according to Earl Lum, the President of EJL Wireless Research, a consultancy and research firm based in the US.

His post on LinkedIn, a business portal, outlined the nightmare scenario for the Chinese conglomerate and the rest of the industry.

“The fact that officially Huawei Technologies is now being investigated is leading the wireless telecom industry to the point of no return,” Lum wrote in a brief from EJL Wireless Research. “If Huawei Technologies is placed onto the same export ban list as ZTE, the Chinese government will have a stroke, heart attack, and conniption simultaneously.

Huawei is valued at about US$93 billion and is also a major player in Europe along with domestic smartphone rival Xiaomi, which is now expanding its presence with a new store in Paris.

Already Huawei is planning to roll out its own operating system, or OS, four people familiar with the matter told the South China Morning Post recently.

This would help break the stranglehold by Google’s Android and Apple’s iOS operating systems, which account for 99.9% of the global market, data from Gartner, the US research and advisory firm, revealed. But it would not address a US ban on key components, such as microchips, and it would be costly.

It would also wreck the tech giant’s global ambitions.

In his brief, Lum referred to this latest twist in the China-US trade war as “DEFCON 1”, which is used to describe an imminent nuclear attack.

“Imposing an export ban on Huawei would be the equivalent of wiping out [between] 20 [to] 35% of top-line revenues from most of the semiconductor and technology companies in the US, including those poor fiber optic module suppliers than got creamed by ZTE’s ban,” Lum, at EJL Wireless Research, pointed out.

“At first, we did not think the timing of the ZTE export ban was related to the current tariff war between the US and China but now, the coincidence is too great to ignore.

“For those suppliers who will be impacted by this next move by the US government, all we can say is ‘Batten Down the Hatches’ because all hell will break loose soon if this situation escalates to where it reaches the point of no return.

“This situation could wipe out much of the wireless telecom industry and supply chain and impact hundreds of mobile operators worldwide,” Lum, a supply chain expert for the communications industry, concluded.

In the tech world, the doomsday clock has just digitally clicked closer to midnight.