This Thanksgiving It’s Time to Stop Stuffing the Defense Budget 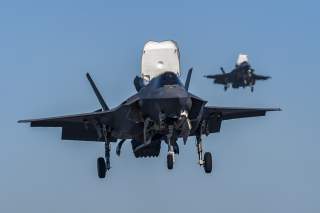 Stuffing—or “dressing”—recipes around the country vary from white bread to cornbread, potatoes to oysters. When it comes to Pentagon spending, lawmakers in Washington prefer “pork”, which is unfortunate for taxpayers.

In order to enhance our national security without increasing spending and deficits, this Thanksgiving Washington should take out the pork by reducing programs unrelated to national defense and pet projects not requested by the Pentagon. Nonetheless, the political environment from the past years has been conducive to increasing the pork, rather than forcing fiscal restraint—this needs to change.

The 2011 Budget Control Act brought a pause to the Washington dysfunction and disagreement and provided a period of some restraint in federal spending. The act set limits for defense and non-defense discretionary spending through the federal government. For the most part, each side of the equation got equally sized slices of the pie—creating a unique political environment in which, in order to raise defense spending it became necessary to increase non-defense spending to muster a strong enough coalition to reach sufficient votes.

However, not long after the ink was dry, spending-happy lawmakers started to devise ways to break the caps. With the Democrats controlling the executive branch and the Republicans controlling the House, the parties mostly pushed for their preferred side of the equation. The result, a recent Congressional Research Service (CRS) report found, was spending above the caps on both sides of the equation.

On the defense side of the equation, the Overseas Contingency Operations account became the preferred tool to dodge the budget caps. The Pentagon claims this account is needed to ensure war fighting operations are not impacted by the constraints of the 2011 budget caps, but  a CRS report found Congress and the president “have designated as ‘OCO/GWOT’ funds for a variety of activities that had previously been contained in the base budget.” The report went to say, “by designating ongoing activities not directly related to contingency operations as ‘OCO,’ Congress and the President can effectively continue to increase topline defense, foreign affairs, and other related discretionary spending, without triggering sequestration.” Essentially, this action by the Pentagon, Congress, and the President transformed OCO, or a better term would be Pentagon slush fund, into the an ever-expanding turkey that gradually lost its shape.

The transformation of OCO into the annual Thanksgiving turkey involved two important steps. First, there was a considerable expansion of what was considered to be part of the expenses necessary to execute the operations overseas. Initially, there was a relatively narrow definition, such as deployment bonuses to troops overseas.

The passage of the Budget Control Act prompted the Pentagon to backslide on its progress on fiscal responsibility, starting to more aggressively move programs from the base budget back to the slush fund. Congress has also gotten in on the act, using the slush fund to pay for childcare centers, barracks improvements, and aircraft the Pentagon never requested. In fact, and estimated $81 billion of OCO funding was not directly related to the wars in Iraq or Afghanistan. This summer the Department of Defense acknowledged that half of its OCO spending—about $30 billion—went to “enduring requirements” that should be funded out of the base budget.

The second expansion was what Congress could make the Pentagon pay for. This elasticity on what was considered defense spending turned the Department of Defense into what former Senator Tom Coburn (R-OK) infamously called “The Department of Everything.” Coburn found the Pentagon used taxpayer money to hire brew-masters and developing apps to determine when it was a good time to have a cup of coffee. Since his retirement Senate Armed Services committee Chair John McCain (R-AZ) and Senator Jeff Flake (R-AZ) found millions in defense dollars going to jazz playing robots and empty buildings in Afghanistan.

Just like each Thanksgiving side dish, many of these programs and gimmicks don’t cost much in isolation; but when they’re added together, they result in significant wasted money for the Pentagon and the need for a long nap after Thanksgiving dinner. Worst yet, in the Pentagon’s case of overstuffing, the defense budget partially loses what defines it as a defense budget by ignoring budget limitations and adding non-defense projects.

Lawmakers are responding to incentives from their constituencies and the system at large, so when they can expand the definition of the defense budget to satisfy parochial interests they will take it. It is up to the public to force Congress and the President to make decisions and consider tradeoffs on how taxpayer’s dollars are distributed. You have to balance your Thanksgiving dinner calories between mashed potatoes and pie, Congress should be no different and stop trying to stuff everything it can into the defense budget.

Mandy Smithberger is the Director of the Center for Defense Information's Straus Military Reform Project at the Project On Government Oversight. Fred Ferreira is a policy analyst at Concerned Veterans for America.