The 6 Most Powerful Armies to Ever March on the Planet 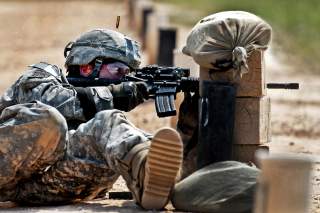 Executing the Blitzkrieg attacks required highly-trained, capable forces, which Berlin had in spades. As the historian Andrew Roberts has observed, “soldier for soldier the German fighting man and his generals outperformed Britons, Americans and Russians both offensively and defensively by a significant factor virtually throughout the Second World War.”

The Soviet Union’s victory in the war, and its ability to threaten the rest of Europe for the next four decades after the fighting stopped, had little to do with superior technology (outside of nuclear weapons) or military genius (indeed, Stalin’s military leadership was absolutely disastrous, particularly early on in World War II, and he had purged many of the more capable commander in the years leading up to it).