The Air Force Is Making the F-22 Deadlier Than Ever 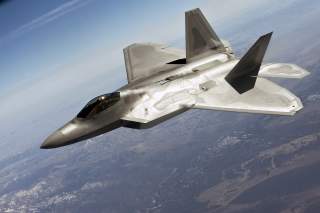 Although modern weapons such as long-range air-to-air missiles, and the lack of near-peer warfare in recent years, means dogfighting itself is less likely these days. However, as the service prepares for future contingencies against technologically advanced adversaries - maintaining a need to dogfight is of great significance. For instance, the emerging Chinese J-10 and Russian 5th Gen PAK-50 clearly underscore the importance of this.

Grabowski added that this program includes hardware and software modifications to field LINK 16 transmit on the F-22. While not eliminating the need for voice communication, transmitting and receiving via LINK 16 datalinks can expedite data- and video-sharing, target coordination and more secure non-voice connectivity.“If somebody broke our encryption they could listen to our conversation. LINK 16 transit allows us to share our screen without having any voice pass,” Ken Merchant, Vice President, F-22 Programs, Lockheed, told Warrior Maven in an interview.