The American Military's Worst Nightmare: The Fog of War Reborn 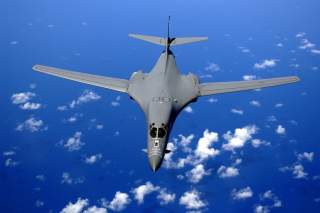 For a work of fiction, Ghost Fleet: A Novel of the Next World War  by PW Singer and August Cole has been receiving more attention than usual from the defense analyst community.

It's attention for all the right reasons. Clearly inspired by Tom Clancy's classic Red Storm Rising, Ghost Fleet does an able job explaining why Russia and China would enter a war with the U.S. in the Pacific. Reading the first half of the novel will feel like reading a fictionalized version of a future trends report: nuclear terrorism, growing resource demands, financial crisis and major technological shifts all inter-play to realign the geopolitical scenery.

The action is frenetic and truly global in scope (there are space pirates), although compared to Red Storm Rising I feel the technical detail and military jargon, which made that novel feel so engrossing, is missing here. Also, in a war between the U.S. and China in the Pacific, it is odd that South Korea and the 28,000 US troops stationed there are never mentioned. This is a lost opportunity to explore the military choices of a country in a particularly difficult situation.

The nuclear escalation scenario between the U.S. and China is also rather meekly explained away. At one point, as Chinese ballistic missiles are raining down on a U.S. naval task force, the co-pilot of a US Navy P-8 asks the pilot if he thinks they contain nuclear warheads. The pilot replies, “Nope. If it was a nuke, they'd only send one.” Yeah, maybe. But probably not, if the Chinese think the U.S. Navy's air defenses can handle a single ballistic missile.

This is a real-world concern. The potential for confusion over what kind of warheads are being carried by missiles (nuclear or conventional) is a growing worry, particularly with signs that tactical nuclear warheads may be making a comeback. Then there's the fact that the Chinese mix their strategic nuclear ballistic missile forces with their conventional.

The thing to pay attention to in Ghost Fleet is its depiction of information. Modern warfare relies so heavily on networked sensors and location systems that, once these connections are broken, the individual platforms are relatively helpless against a fully 'connected' enemy. The information battle is truly global, and involves the interaction of space, cyberspace and tactical electronic warfare all at once. Clearly the 'ghost fleet' aspect of the novel illustrates the protection that older, less networked and integrated platforms have from cyber attacks and tracking.

Singer and Cole do a remarkable job bringing this story down to the individual. We are becoming more and more reliant on information, and this is also true in the battlespace, where our military personnel are likely becoming used to the idea that the 'fog of war' is being lifted by technology. When suddenly this information is no longer credible or available, how do the warfighters react? This is a particularly urgent issue for a younger generation that has been raised entirely in the information age. It is a fascinating question; I suggest you read Ghost Fleet to find the answers.