The Biggest Threat to U.S. Jobs: The "Contestability" Nightmare 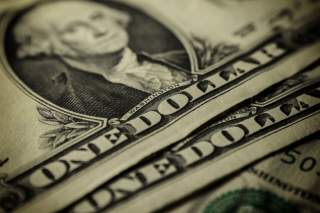 The Federal Reserve’s mandate has never been well defined, and there are no concrete definitions to adhere to. Federal Reserve Chair Janet Yellen has begun to deviate from the traditional characterization of full employment to something far more nebulous. Recognizing this shift is critical to understanding the Fed, and its new relationship with the two esoteric mandates of stable prices and full employment.

At a conference in Boston, Yellen stated that she was concerned about rising inequality. Before listing off a blistering round of statistics that show the US has become more unequal over the past few decades, Yellen succinctly articulates why the Great Recession was responsible for widening the gap further: “But widening inequality resumed in the recovery, as the stock market rebounded, wage growth and the healing of the labor market have been slow, and the increase in home prices has not fully restored the housing wealth lost by the large majority of households for which it is their primary asset.”

One piece in particular of the above statement stands out—and has broad implications for the understanding the Fed mandate. A normal recovery would see wage growth and the labor market move together in a lagged fashion—the labor market heals and tightens, followed by wage increases as labor becomes increasingly scarce. But this has not happened during the current recovery, and it has not occurred economy wide in quite some time.

The new target for the Fed may be best described as not simply “full employment” but "full wages". At first glance, it seems unreasonable for the Chair of the Federal Reserve to be concerned with how the income of the country gets dispersed. However, in many ways, “full wages” are at the intersection of the fed mandates. In essence, Yellen is admitting that the past few decades were not kind to a significant swath of the US, and that this endangers future economic growth.

Many of the jobs US middle skilled workers once took for granted can now easily be outsourced or contested—even some previously thought untouchable. This “contestability” is increasing as more jobs become relocateable or replaceable with computing power due to advances in communications technology. Contestability is fundamental to Yellen’s concern. If a US job is contestable internationally, then US workers are competing with cheap labor around the world. This limits the bargaining power of the US worker, and keeps a lid on wage inflation in the US. The cheap-but-educated global labor force is becoming an increasing threat to the US worker.

Yellen sees this middle skilled squeeze phenomenon in the data, but also sees the lack of deflationary wage pressure on the top of the income ladder. The highest paying jobs tend to have little competition from outside—requiring creativity and high levels of education. The question to ask is why this has occurred, and whether the factors underlying it are dangerous to the US economy.

And in many ways—they are dangerous. If ignored long enough, the disintermediation of the middle class is at best disinflationary and may be deflationary. With stagnant wages across the economy, the middle cannot increase consumption—one can only borrow so much. If contestability continues to erode the wages of US middle skilled workers, wages could be pressured or even decrease toward more internationally competitive levels. This would be disastrous for consumption and inflation expectations, especially in a service oriented economy where many of the jobs could be at risk.

If the U.S. continues to see this type of wage pressure, there may be enough jobs (for people who want them), but the ability to consume at previous levels will not be there. Deflation—generally—is bad for an economy, and wage deflation might be the worst kind. Deflation puts pressure on prices, making it more difficult to consume on the aggregate as the economy previously did. The standard of living declines. Further, the potential for wage pressures, in the current recovery, is low. The jobs created during the recovery disproportionately skew towards part-time relative to previous recoveries, and part-time jobs do not yield much bargaining power. There are few reassurances about the labor market.

This puts the Fed in a particularly odd place. Its mandate is supposed to be two separate pieces of a puzzle, but Yellen appears to have identified an intersection. The Fed runs the risk of missing both its “full employment” and “stable price” mandates without pursuing—either explicitly or implicitly—a “full wage” target.

Yellen’s statement has little to do with fairness or equality. It is directly connected to ensuring the US has created enough uncontestable jobs for the Fed to step away, and these jobs are the type that will lead to—or at least allow for—future wage pressures. Prime examples are the jobs created by the current shale oil boom and housing construction during the boom through 2006. Many of the jobs created for the oil patch require the presence of the worker—and cannot be done without a significant amount of education. These characteristics make them difficult to offshore or relocate. As quantitative easing begins to roll-off, the ability of the US shale revolution to stand on its own will be tested, and the jobs engine of Texas may suffer. This would be a tremendous hit to a sector where wage pressures exist, and the contestability is low. The Fed should be watching this closely.

Yellen's wage war is a battle the US does not know it must win. For the Fed, it ties together both pieces of its mandate, and gives them a reasonable basis for stimulus when observers feel it unnecessary. The Fed is muddling the mandate to fight a wage war, but the Fed will struggle to justify its continuous actions to counteract those forces. The middle skills squeeze is not a swiftly passing phenomenon. It may mean that extraordinary monetary policy and unconventional intervention are increasingly normal.