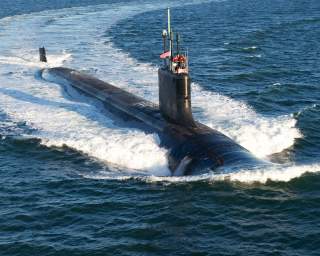 In recent years, the service has been making progress developing new acoustics, sensors and quieting technologies to ensure the U.S. retains its technological edge in the undersea domain – as countries like China and Russia continue rapid military modernization and construction of new submarines. The impetus for the Navy's “acoustic superiority,” is specifically grounded in the emerging reality that the U.S. undersea margin of technological superiority is rapidly diminishing in light of Russian and Chinese advances.

While service officials say many of the details of this new "acoustic superiority" Navy research and development effort are, naturally,  not available for public discussion, the USS South Dakota has been a "technology demonstrator to prove out advanced technologies," Naval Sea Systems Command Spokeswoman Colleen O'Rourke told Scout Warrior.

The impetus for the Navy's “acoustic superiority,” is specifically grounded in the emerging reality that the U.S. undersea margin of technological superiority is rapidly diminishing in light of Russian and Chinese advances.