The Decline of the Bretton Woods Institutions 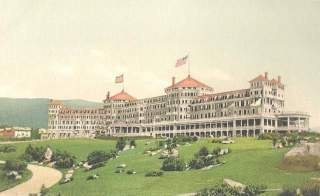 When the Berlin Wall fell in 1989, the Bretton Woods institutions—the IMF, the World Bank, and the World Trade Organization (WTO)/GATT—appeared invincible. Orchestrated by the United States as the sole superpower, they seemed set to durably underpin a universal economic order. But they are now in rapid and unmistakable decline, which can only be reversed by a major shift in approach by their political masters.

As the Cold War receded, all three institutions felt a strong wind in their sails. Hundreds of millions of Chinese, Russian and Vietnamese workers became part of the global market economy. The Eastern Europeans became enthusiastic joiners of the European Union. China, Russia, and dozens of other countries embarked on comprehensive negotiations to become members of the WTO, not only adopting the totality of the rules that govern trade, but accepting even tougher disciplines than applied to existing members. Previously planned economies became active members and users of the World Bank and the International Monetary Fund, eagerly adopting the tenets of the Washington Consensus. Meanwhile, economic growth in the developing world surged, democracy spread, and international conflicts declined in frequency and intensity.

But, as we now know, this trajectory was not to last. The outward appearance of a powerful apparatus remains, but the Bretton Woods institutions are now in trouble, hampered by profound disagreements among the large powers over ownership structure and/or their direction, and seemingly paralyzed by their incapacity to adapt to the rapidly changing world around them.

Dysfunction is evident for each of the Bretton Woods institutions.

Frustrated by the Doha deadlock, the United States and its allies have launched mega-regional negotiations that in effect promote alternatives to the WTO as rule-maker in addition to bypassing China, India and other large developing economies. India has just returned the favor by torpedoing the Bali trade-facilitation negotiations. China is stalling on a new Information Technology agreement and promoting its own version of Asian mega-regionals. The United States is, in turn, opposing China’s efforts to join the negotiations on International Services, which are being conducted outside the WTO.

The IMF still plays a role in acute crisis situations, but—despite its attempts to adopt a less rigid stance on issues ranging from fiscal adjustment, inflation targets, to capital controls—it remains profoundly distrusted by many developing countries. Still viewed as an instrument of the finance ministries and central banks of rich countries, the IMF suffers from near-pariah status in Asia where the memories of draconian austerity policies it imposed during the crisis of the late 1990s linger, prompting various initiatives to establish alternative crisis rescue facilities, and inviting increased self-reliance through large-scale, foreign-exchange reserve accumulation. Attempts to reform its ownership have failed, scotched by the U.S. Congress.

Meanwhile, the World Bank’s development lending has shriveled to insignificance in comparison not only to private financial flows, but also to national sources of aid and development finance. The so-called BRICS bank (founded by Brazil, Russia, India, China and South Africa) is meant to compete with the World Bank and overcome some of its shortcomings.

Completing this unsettling picture, the G20, which has officially replaced the G7 as the premier economic forum, has achieved little since the financial panic of 2009 abated. Many observers now view it as little more than an oversized talking shop.

The change of fortune for the Bretton Woods institutions is not difficult to explain. It is in no small part a result of its own success in invigorating growth, trade and foreign investment across the developing world. Most important, however, is the fact that the group of the world’s largest economies—those that can call the shots—is no longer formed by a small group of rich countries with similar worldviews. It now includes several countries with large populations, diverse political systems and different economic structures, whose only common trait is that they are relatively poor.

As examples: China (a mass manufacturer) and Russia (a commodity exporter) are now part of the world market, but they remain state-led autocracies. India, South Africa and Brazil retain some of the world’s highest trade barriers. While these rising powers rightfully insist on a larger role in global institutions, they also understandably place a higher priority on fighting their own pervasive poverty than solving the world’s problems.

At the same time, industrial countries continue to be plagued by economic crisis. They are seeing internal divisions deepen and budgets tighten. The United States’ ill-fated and enormously costly foray into Afghanistan and Iraq has made the American public even more skeptical of foreign entanglements than it naturally might be. Large factions in the U.S. Congress favor a smaller role of government at home and see even less of a need for investing in international institutions.

So while in theory the need for the Bretton Woods institutions to support the globalization of markets is greater than it has ever been, in practice the deals needed to retain their vitality have been difficult to strike.

The United States (the richest economy in the world) and China (the second richest economy in the world) are now respectively the largest and second largest trading nations. They have the greatest interest in open and predictable international markets and the greatest influence among their peer groups. Yet, while they talk of partnership, the undercurrent of rivalry is evident in their actions, and even more so, in the dearth of any joint initiative to tackle the major issues they confront in common.

It would be misleading and alarmist to suggest that the decline of Bretton Woods constitutes an immediate threat to open trade, globalization or the extraordinary development progress we have seen in recent years. These advances certainly depend in part on international institutions, but, at their core, they are driven by fundamental forces—most notably technology and countries’ desire to better the lot of their people by engaging in international trade and investment. After all, economic progress and globalization held sway long before the Bretton Woods institutions were established.

However, it would be equally wrong to underplay the long-term risks that lurk behind the widening shortfall in international economic governance. The global economy needs better rules to keep trade open and predictable, more effective regulation of large international banks, stronger rescue mechanisms at times of crisis, and development paradigms that do not devastate the environment or trample on workplace safety standards.

More ominously, as we have seen at the border of Ukraine and in the East China Sea, geopolitical and security concerns can feed into economic disputes (and vice versa) contributing to a dangerous escalation.

The Bretton Woods institutions are not dead—far from it. The major powers may still find a way to reform and allow them to adjust to the world’s new distribution of economic power. What we know for sure: until they do adjust, vital reforms will be delayed and international investors and exporters can expect to face a riskier environment than in the past; and they will never regain their vitality without the active support and sustained collaboration of China and the United States.