The Eurofighter Typhoon: Not Stealth, But No Pushover 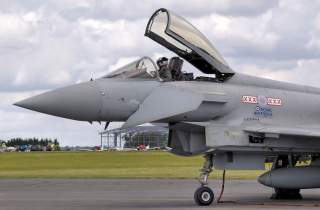