Is the European Union Dying? Or Is Reform on the Horizon? 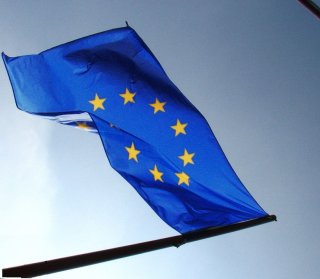 The results of this month’s elections to the European Parliament have been described as creating a “political earthquake.”  Across the continent, parties opposed to the very idea of the European Union (EU) have made sweeping gains.  Counterintuitively, however, these jarring election results might also create the political space with which to rescue the European project.

Europe’s enlarged bloc of anti-EU parliamentarians comprises politicians from both the right and left, but it is the rise of the far-right that has caused the most shock and consternation.  That so many voters lent their support to nationalist, xenophobic and outright illiberal candidates calls into question the European public’s commitment to the ideals of internationalism and solidarity that are professed by Europe’s leaders.

The most striking results were recorded in France and Britain.  In France, the far-right Front National topped the polls, beating President Francois Holland’s socialists into an embarrassing third place.  In characteristic fashion, the Front’s leader, Marine Le Pen, has promised to use her mandate to “defend France.”  In Britain, the UK Independence Party also came first, putting the leaders of the three main Westminster parties (all committed to European integration to varying degrees) on notice that enthusiasm for Europe is at all-time low in a country already noted for its Euroskepticism.

At the European level, the success of anti-EU parties should not be exaggerated.  The next European Parliament still will be dominated by pro-EU collections of center-right, center-left and centrist parties, which between them will command a massive 467 of the 751 seats available.  Pro-European green parties account for a further 52 seats.  As such, neither the far-right nor the far-left looks likely to wield the numbers necessary for blocking legislation.

Yet the real impact of the elections has been to alter the landscape of national-level politics across Europe, especially in Britain and France—two of the biggest and most influential EU member states.  In Britain in particular, Ukip’s unprecedented electoral success has increased the likelihood of an in/out referendum on EU membership being held, the result of which is difficult to predict.

Even so, this shift in domestic politics is a double-edged sword.  While growing Euroskepticism might will push politicians on either side of the English Channel to adopt populist anti-EU rhetoric in the short-term, it will also make reform of the EU’s unpopular institutions easier to achieve now that the leaders of Europe’s major countries find themselves—for the first time—in the same boat.

Previously, reform-minded leaders in London have been caught beneath a rock and a hard place.  Punished at home for appearing to kowtow to Brussels, Britain’s political class has been pummeled at the European level for being obstructionist, always appearing to impede the process of progressive integration.  With the domestic political calculus across Europe having been changed by this month’s election results (especially in France, but a knock-on effect already is visible in Germany), even the historical driving forces of the European project are becoming more amenable to the idea of reform.

The long-term impact of all this is impossible to predict, of course.  While Hollande already is making noises suggestive of reform, it would be wrong to discount how far support for European integration is entrenched among the political class in France and elsewhere in Europe, not least of all because the fate of the Eurozone depends in large part upon a strong and coherent EU with harmonized policies across a broad range of social and economic policy areas.

Nevertheless, there is at least a glimmer of silver lining contained within the recent political earthquake.  With the correct leadership, perhaps, a more durable Europe can be built in its wake.