The F-15K Slam Eagle: How South Korea Would Strike North Korea in a War 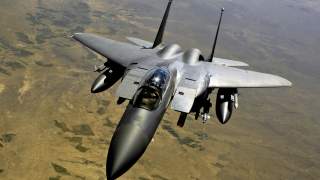