The F-35 Might Just Be the Ultimate Weapon (For Israel) 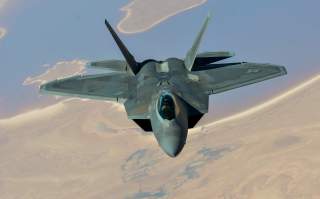 The chief of Israel’s air force said on Tuesday that his was the first country to ever use the F-35 fighter jet in combat.

“The ‘Adir’ (F-35I) aircraft are already operational and flying combat missions. In fact, we have performed the first operational F-35 strike in the world,” Major General Amikam Norkin was quoted by Israel Defense as saying. Norkin was speaking at the International Air Force Commanders Conference held in Herzliya, Israel.

“We attacked twice in the Middle East using the F-35 (and) we are the first in the world to do so. The Israeli Air Force is a pioneer and a world leader in operating air power,” he said.

The IAF commander went on to describe recent operations undertaken in Syria, including airstrikes on targets linked to suspected Iranian activities.

While Norkin emphasized recent military action in Syria, Israel’s air force is also widely believed to have conducted strikes on Islamic militants in the Egyptian Sinai and Hamas arms smugglers in Sudan, according to Reuters.

Israel has reportedly received delivery of nine F-35s, out of a total of 50 on order. The Israeli military is the first outside of the United States to purchase the Lockheed Martin-made F-35.