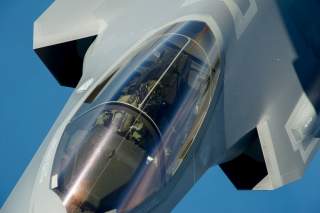 A common refrain when discussing the future of airpower is that ‘the F-35 is the last manned fighter’ and the future belongs to unmanned systems. The expanding use of unmanned air systems (UAS) such as Reapers and Predators against international terrorist networks implies a future of remote, push-button warfare. That entails minimal risk (on one side) for maximum tactical precision effect. The panorama of future battle is captured in targeting footage presented on evening news, and has become the centerpiece of movies—for instance, the excellent Eye in the Sky.

The 2016 Defence White Paper highlights Australia’s acquisition of an armed reconnaissance UAS for Army in the early 2020s (para 4.55), and seven unarmed MQ-4C Triton Unmanned Aircraft Systems for Air Force (4.38). Army already makes extensive use of tactical surveillance UAS such as the RQ-7B Shadow 200, while RAN has completed experimentation with the ScanEagle UAVS, and may employ Northrop Grumman MQ-8C Firescout on the Future Frigates and the Canberra-class LHDs.

There’s huge potential for transformation associated with higher performance Unmanned Combat Air Systems (UCAS), epitomized by prototypes such as the Northrop Grumman X-47B, the BAE Systems Taranis, and the French Dassault nEUROn projects. Those systems dispense with time-consuming processes and costs to ensure certification for manned flight, and X-47B and nEUROn are autonomous rather than remotely piloted. The effectiveness of the X-47B’s autonomy has been highly visible with a perfect record for landing trials (and here) aboard the aircraft carrier USS George H. W. Bush in July 2013. The same precision was shown in airborne refuelling trials (and here) in 2015. In both instances, the X-47B was in charge—not a human.

UCAS operational costs are dramatically reduced as training for operators can be done largely in simulation, with the UCAS flying only when necessary. A recent analysis of UCAS vs manned aircraft for the USN by the Centre for New American Security (CNAS) suggested savings for UCAS over manned fighters of US$42.5 billion for 362 UCAS over 30 years, or potentially as much as US$131.5 billion over the same period for 191 UCAS compared to 463 manned platforms. So in an Australian context, money saved on life cycle costs could be reinvested back into further capability acquisition to allow a larger and more powerful future RAAF.

Future UCAS can be optimised for Australia’s specific requirements and can be scaled up or down, in terms of size, payload, operational range and endurance. Already the X-47B has superior range over manned aircraft, with Northrop Grumman quoting a range greater than 2,100nm—considerably more than the F-35A’s 1,187nm. That long range allows airborne refueller aircraft to stand further back from a threat, increasing their survivability, while not affecting the ability of the UCAS to enjoy persistence over a battlespace of hours rather than minutes with a manned platform. Operating from RAAF bases, UCAS could deploy deep into maritime Southeast Asia or the Indian Ocean to carry out a broad range of roles and tasks. UCAS can act as unmanned wingmen to manned fighters, carrying extra weapons or sensors, and operate forward in more contested environments. In the traditional air-to-air role, the F-35 may control a number of UCAS that act as missile trucks for beyond-visual range (BVR) engagements, or they could undertake a broad range of strike and ISR roles.

So is UCAS the future and the F-35 the last manned fighter? We aren’t seeing the end of manned fighters but witnessing an evolving concept for air warfare in which ‘systems of systems’ replace individual platforms, and a mix of manned and unmanned systems work together. As noted previously, low-end UCAS which exploit swarming and numbers for tactical advantage over more sophisticated platforms may also be a feature. Absent true AI, and current political and legal constraints imposed by rules of engagement will constrain UCAS autonomy and promote manned fighters. Important debates over the ethics of lethal autonomous weapons, and the undeniable cultural influence of fighter pilots within the leadership of air forces, also mean that manned fighters won’t disappear from that mix any time soon.

Australia should collaborate with the US, as well as the UK, to help develop UCAS capabilities. That could involve early practical steps with key partners, including for example, opening up Australian defence facilities for further operational testing of existing prototypes such as the Northrop Grumman X-47B (noting the precedent with the UK’sTaranis already having flown from Woomera). There needs to be a degree of ‘pull’ from states that can benefit from development of UCAS that can match the ‘push’ from corporate actors who are developing systems, to help bring those systems from prototype to operational deployment, and in particular to gain acceptance within an air force led by fighter pilots. With the requirement to replace the F/A-18F next decade, Australia has a golden opportunity to help drive transformation in air combat capabilities in the 21st century.