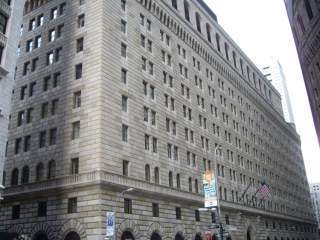 Somehow we have come to care a great deal about the precise language the Federal Reserve uses in the statements it releases after every meeting. It may be useful to ask why. The language in question this time is the “considerable time” that the Fed intends to hold interest rates at zero to a quarter point. Any change to these two words will further clarify the exact timing of the Fed’s first interest rate hike, currently expected to occur in the summer or early fall. The exercise amounts to a testing of the waters by the Fed to determine how markets around the world will react to a pivot by the Fed from accommodative to tightening (which has already been happening but may become more explicit).

Any mention of tightening evokes memories of the “taper tantrum.” Emerging market currencies were sent into tailspins in 2012 when then Fed Chair Ben Bernanke stated the Fed would begin tapering. The Fed assumed global central banks were prepared for such action. They were not, and considerable damage was done.

This time much of the emerging market is wounded by the collapse in commodity prices—not just oil, but other staples of China’s flagging infrastructure binge. Worse, this time the U.S. dollar should continue to appreciate—due to the ailing global economy and aggressive easing by other central banks, a phenomenon that much of the emerging world has not seen for a decade or more. The weak dollar world is disappearing.

Since the U.S. will continue to be the “consumer of first resort” in the world, countries with good trade relations, and exporters of consumer goods, should benefit from a stronger dollar. As the dollar appreciates, it makes the U.S. market more attractive to exporters. Because the prices of goods and services have increased in their local currency, foreign companies can cut prices and still generate as much, if not more, revenues. This, however, causes U.S. firms to cut prices, and take job cuts and other measures to maintain profitability. Price cutting puts downward pressure on inflation and the job cuts put pressure on economic growth. These are not enjoyable processes for the U.S. economy, and many on the Fed would be loath to see the U.S. pass through such changes. But the adjustments may be necessary.

Inflation expectations—what people expect inflation to be in the future—are a significant factor in the determination of interest rates. Low inflation, and especially falling inflation expectations, combined with low growth means investors demand less return for their risk free investment. For example: at present the U.S. economy is expected to perform well next year with growth of around 2.5 to 3 percent, and inflation is expected to be below the Fed’s 2 percent target. Therefore, investors are willing to accept the 10-year U.S. Treasury yield of only about 2 percent. With oil at $55 per barrel and a stronger dollar, inflation may be difficult to find regardless of the relative strength of the U.S. economy.

The non-commodity dependent emerging world should benefit from a stronger dollar and resilient U.S. consumer market in the medium term. But it will not all last. The U.S. should be able to do well without the rest of the world for a while. After all, there is not much in the way of a manufacturing economy remaining in the U.S., and what does remain cannot be easily disintermediated by foreign competitors on the basis of price. There will be some manufacturing side-effects, but services—the main employer of the U.S. economy—should be resilient for a while.

It is commodity producing countries who will suffer from the appreciating dollar. Commodities have already sold off, but the carnage could become even worse. All else equal, as the dollar appreciates, commodities become more expensive in non-dollar terms—destroying demand. This places emerging market economies with commodity exposure in a particularly vulnerable position to a prolonged depreciation of their currency. Currency depreciation risks sparking inflation with imported goods becoming expensive quickly. They are trapped—commodity prices are falling but inflation is risked with a falling currency. It is a difficult scenario to escape without higher interest rates and the potential for a painful recession.

The Fed is in a tough position. Its main policy mechanism of raising short term interest rates has little effect on interest rates further out the yield curve—especially with inflation expectations falling. But the Fed cannot be too aggressive with the falling or low inflation environment, and the short end can only rise so much before the curve would be “flat.” In other words, the Fed is limited (to a degree) by forces—namely central banks who are loosening policy and falling oil—out of its control. These are acting in concert to push the dollar higher and inflation expectations lower.

The Fed, after three rounds of QE and a promise not to raise interest rates too early, is now losing control of inflation expectations—to the downside. Taking away some language in the FOMC statement at the last meeting of 2014 or raising interest rates in 2015 should not have a tremendous impact on the U.S. economy directly. Mortgages and other major borrowing costs are tied to the 10 and 30 year rates, which should remain low due the downward pressure on inflation expectations. In fact, the Fed may move the front end up, while still purchasing bonds to maintain its balance sheet. This would constitute a self-flattening of the yield curve by the Fed, and would do little besides initiating the lift-off of a tightening cycle.

Instead of causing a significant rise in interest rates, the move will likely have its primary impact through the currency market. This is the mechanism that will affect the emerging world, and potentially comes back to haunt the U.S. The U.S. would be affected as the strong dollar drives commodity prices lower for longer and weakens U.S. inflation expectations and potentially hurts the competitiveness of exports. It may also hurt trading partners whose currencies are vulnerable. The Fed knows there will be some consequences to raising interest rates, and is likely to do so anyway. The plan, to see how the rest of the world reacts, may backfire on the U.S.

Sometimes, it is worth leaping into the unknown—such as QE. With a dollar poised to breakout and inflation expectations slipping from the Fed’s control, this is an experiment with delayed consequences. The dollar may prove to be the mechanism that will come back to haunt the Fed. And it may not take a considerable time for it to happen.