The Festering Leadership Problem in Africa 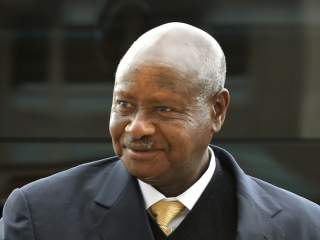 It is no secret that bad leadership at the top has long been a brake on the economic, political, and social development of certain African countries. Many years the Mo Ibrahim Prize for leadership by an African president who leaves office at the end of his term goes unrewarded. There have been numerous, egregious examples of bad presidential leadership over the past few weeks.

Yoweri Museveni was recently elected to another five-year term as Uganda’s president. Consequently, he will likely be in office until 2021; he came to power in 1986. The just concluded electoral process was marred by the harassment and arrest of opposition candidates and there are numerous charges of voting irregularities. Kenyan President Uhuru Kenyatta promptly became the first head of state to congratulate Museveni. He was followed by Burundian President Pierre Nkurunziza. Kenyatta successfully stonewalled an International Criminal Court prosecution for his role in the violence associated with the 2007 elections in Kenya; his vice president is still under indictment. Nkurunziza’s political machinations to remain in office form the backdrop to the current bloody crisis in Burundi. Kenyatta, Nkurunziza, and Museveni are an East African trio. They are joined by Zimbabwean President Robert Mugabe, who appears to be trying to ensure that his wife, Grace Mugabe, becomes his successor as president. He celebrated his ninety-second birthday on February 21 lavishly, notwithstanding the drought that threatens famine. Posters proclaimed “Mugabe’s birthday is like that of Jesus Christ.”

Meanwhile, Bloomberg is reporting that South African President Jacob Zuma’s son is a major shareholder in the firm buying a colliery from Glencore. Glencore has said the colliery cannot make a profit because of a coal supply arrangement with the state-owned power company, Eskom. Another big shareholder is Rajesh Kumar Gupta, a businessman whose family enjoys close ties to Duduzane Zuma. Both are widely thought to be corrupt, and their relationship is frequently described as the worst type of cronyism. The finance minister has, apparently, ordered a probe of Eskom’s coal supply contracts.

Such behavior can always be excused, and much of the rhetoric in the current U.S. presidential primary season provides little basis for holier-than-thou criticism. After all, Museveni did have an election. African chiefs of state routinely congratulate each other. Mugabe’s tasteless lavishness pales in comparison with that of certain other chiefs of state, and Zuma’s son may have done nothing illegal. The fact remains that all too often Africans are ill-served by their leaders.