The Ghost of Thucydides: Is War in Asia Inevitable? 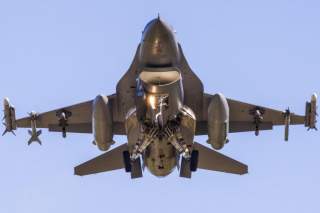 ASEAN’s leaders are worried about what history tells them about the future of Southeast Asia. The fears about the lessons of history are a discordant note as ASEAN steps up to a great moment in its history—the creation of an economic, political-security and social Community in December 2015.

Perhaps this moment of historic creation is partly driven by dark understandings of history. As ASEAN embraces a date with regional destiny, its leaders are invoking some tough history as reference points.

The President of the Philippines, Benigno Aquino, stirs headlines by comparing China with Hitler’s Germany. In this metaphor, the Philippines has the role of Czechoslovakia. Aquino ran this line last year to The New York Times and during his recent visit to Japan.

The point about Aquino’s history isn’t just the Germany–China analogy, but the casting of the US in the Britain/France role—the great powers that stood mute while the small state (the Philippines as Czechoslovakia) got monstered.

Professor Graham Allison’s version of the trap is the danger posed when a rising power confronts a ruling power.

For Allison, the crucial news is this line: ‘It was the rise of Athens and the fear that this inspired in Sparta that made war inevitable.’ Applied today, this becomes China’s rise, US fear and inevitable conflict:

"Never has a nation [China] moved so far, so fast, up the international rankings on all dimensions of power. In a generation, a state whose gross domestic product was smaller than Spain’s has become the second-largest economy in the world. If we were betting on the basis of history, the answer to the question about Thucydides’s trap appears obvious. In 11 of 15 cases since 1500 where a rising power emerged to challenge a ruling power, war occurred."

The trap has captured the attention of China’s leader, Xi Jinping. He told the Berggruen Institute:

"The argument that strong countries are bound to seek hegemony does not apply to China. This is not in the DNA of this country given our long historical and cultural background. Also China fully understands that we need a peaceful and stable internal and external environment to develop ourselves. We all to need to work together to avoid the Thucydides trap—destructive tensions between an emerging power and established powers, or between established powers themselves."

When ASEAN leaders go to Thucydides, however, they are interested in a different trap – what big powers can do to the small.

The Malaysian Prime Minister, Najib Razak, had his Thucydides moment at the Asia Pacific Roundtable last year, with this bit of dark history:

"Imagine a world where institutions, rules and norms are ignored, forgotten or cast aside; in which countries with large economies and strong armies dominate, forcing the rest to accept the outcome. This would be a world where, in the words of the Greek historian Thucydides, ‘The strong do what they can and the weak suffer what they must’."

"It should not be a world where might is right, where the strong do what they will and the weak suffer what they must. It should be a world where legitimacy and constructive engagement are the international norm, and every country, big and small, can compete peacefully for the chance to prosper."

The strong doing as they will and the weak suffering as they must is what Athens told the small state of Melos in the Melian dialogue, demanding surrender and payment of tribute. Melos refused to yield, claiming the right to remain neutral (or lean towards Sparta) on grounds of justice and honor. After a siege, Athens infamously carried out its threat to kill every Melian male of arms-bearing age and sold the women and children into slavery.

Such history speaks to core aims of ASEAN neutrality and centrality. Neutrality for individual ASEAN states has a distinct Melian flavor—the right to stand aloof or to lean between China and the US, depending on the issue. The ASEAN fear is of not being central to decisions and being forced to pick sides under duress.

The ASEAN version of the Thucydides trap is another version of the conundrum expressed by Wang Gungwu: ASEAN’s problem is to form a realistic assessment of China’s intentions and America’s resolve.

Musing on the prospect of tough choices is such a habit it qualifies as part of the ASEAN way. Coral Bell’s line was that NATO is ever in crisis; in the same manner, ASEAN is ever tormented by existential angst. The history lessons feed the angst.