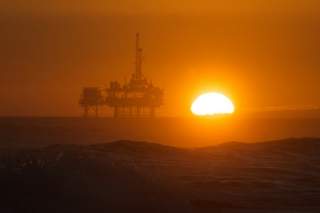 The plunge in oil prices late last week, following an OPEC announcement that its members won’t cut their oil production now, has analysts scrambling to outdo each other with hyperbole. It is a “new era” for oil as OPEC has “thrown in the towel”. We are now in a “new world of oil” as the “sun sets on OPEC dominance”.

The oil price decline since June is no doubt big and consequential. And U.S. shale is indeed a major new force on the energy scene. But there is nothing particularly unusual about how OPEC acted last week. It would be wrong to conclude that last week’s news decisively signals an end to the last decade or so of OPEC behavior.

One need go no further back than the last big oil price plunge to see a similarly modest initial response from OPEC countries to a plunge in oil prices. After oil prices peaked at $145 per barrel in July 2008, they fell rapidly. On September 10, with the oil price at $96, OPEC declared a production cut, only for Saudi Arabia to announce within hours that it would ignore the agreement, rendering it meaningless. Indeed according to International Energy Agency (IEA) data, Kuwait, Angola, Iran, and Libya all expanded production in October of that year, while Saudi Arabia pared back output by mere fifty thousand barrels a day. Prices continued to fall. It took until an emergency meeting on October 25, with prices at $60, for OPEC to announce a real cut – and even that was not commensurate with the shortfall in global demand, leading prices to drop further. It was only in late December, as oil fell through the $40 mark, that OPEC countries finally cut production enough to put a floor on oil prices.

Did OPEC countries usher in a new era of complete inaction when, with oil trading at $75 in early October 2008, they failed to cut production and stop the fall? Or when, at $50, they let prices continue to decline? Of course not: later events showed otherwise.

It’s similarly premature to declare that sort of new era now: OPEC countries would be sticking to past behavior if they failed to cut production now but stepped in in a few weeks or months if prices fell considerably further.

Part of the problem here is that media and analyst commentary has juxtaposed the refusal of OPEC countries to slash production now with an imagined world in which OPEC regularly tweaks output to stabilize the market while avoiding large price swings entirely. Seen through that lens, last week’s inaction looks like a radical departure. But, as Bob McNally and Iargued in 2011 (and revisited a few weeks ago), OPEC has been out of the fine-tuning game since at least the mid-2000s, and even Saudi Arabia has been a lot less active at it than before. Our view wasn’t particularly unusual. (See, for example, “The OPEC Oil Cartel Is Irrelevant”, July 2008.) What happened last week is a useful reminder that OPEC no longer stabilizes markets the way it may once have. But it is not yet a revelation of a new era.

One other note: A lot of the commentary around last week’s events has equated an absence of OPEC coherence with a shift in the center of gravity in world oil markets to the United States. But it’s been a long time since OPEC coherence was the root of OPEC influence. To the extent that “OPEC” is influential, it’s fundamentally because its biggest member, Saudi Arabia, is. Saudi Arabia doesn’t need to be part of a well-functioning cartel in order to influence world oil markets. (It did when a large number of OPEC members held spare production capacity; they no longer do.)

Perhaps last week’s events and their interpretation may turn out to be a case of two wrongs making a right: people previously overestimated OPEC’s influence; now they’ve overestimated the degree to which there’s been a sea change in OPEC behavior. The net result may be a more reasonable view of how OPEC and the oil world work. For those who prefer to anchor analysis consistently to what we actually know, though, the only way to know how much the oil world has changed will be to wait.