The Hidden Defect In U.S. Nuclear Strategy That Could Spell America's Doom 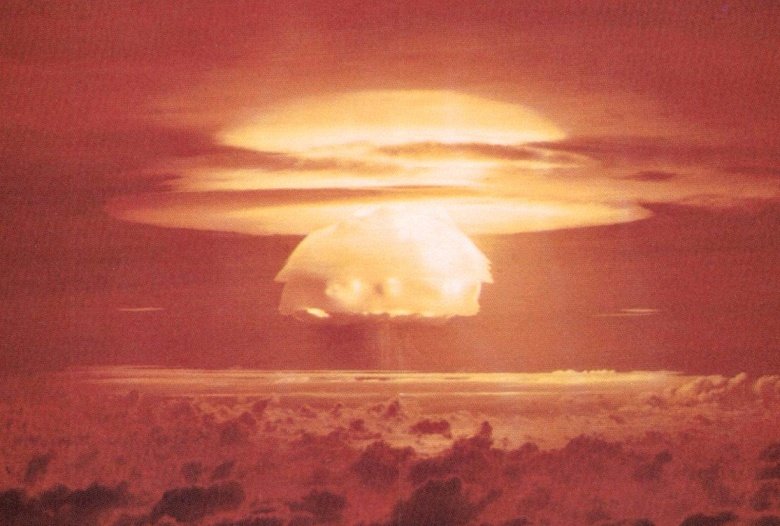 Russia currently has over a thousand nuclear warheads aimed at America. Just one of those warheads could kill more Americans than died in the Vietnam War. A dozen could collapse the nation's power grid and other vital networks.

So any kind of nuclear exchange, even a "small" one, would be a catastrophe without precedent in American history. Unfortunately, the strategy that Washington has fashioned to avert such a catastrophe is so focused on preventing a cold, calculated act of aggression that it largely ignores other ways nuclear war could unfold -- and maximizes losses the nation would suffer no matter what form the conflict took.

This is the hidden danger in our current strategic posture that policymakers seldom talk about in public, and some may not even grasp. You see, the perverse logic of nuclear deterrence that Washington crafted during the Cold War makes any effort to actually defend America "destabilizing" -- a bad thing -- and thus favors being defenseless. So aside from a very minimal collection of radars and interceptors on the West Coast designed to deal with North Korea, America has no strategic defenses.

What it has is offenses -- about 1,500 nuclear warheads distributed in hardened silos, stealthy submarines and long-range bombers. These forces are known as the nuclear "triad;" along with flying command centers, secure communications satellites and aerial-refueling tankers, the triad is designed to make any act of nuclear aggression potentially suicidal for the perpetrator. The plan is to respond proportionately to any level of nuclear aggression, and make that plan abundantly clear to any nation that might contemplate an attack.

The assumption is that no sane leader would deliberately launch an attack knowing the retribution that would follow. That seems logical enough, but think about the other ways a nuclear exchange might occur. What if we find ourselves facing an irrational adversary with nuclear weapons? What if the other side is rational, but suffers a mechanical failure in its command system? What if it misreads U.S. intentions in a crisis such as war in Eastern Europe? What if parts of its nuclear arsenal are seized by elements intent on fomenting war?

These are not just science-fiction scenarios. The Russian early-warning network of satellites and ground-based radars is so fragile that it could easily fail, or result in mis-interpretation of threat data. If Moscow seriously thought it was under attack, it would be strongly incentivized to launch quickly before its weapons were destroyed on the ground. That might well signal the end of American civilization, because like I said -- Washington has decided as a matter of policy to render itself defenseless to a sizable nuclear attack.

How did we get into this situation? Strategic theorists began espousing the cause of offensively-based deterrence early in the postwar period, arguing it simply wasn't feasible to defend against large-scale nuclear attacks. Even if defenses were 90% effective, the handful of warheads that might get through would kill tens of millions. So the only solution within our grasp was to dissuade potential aggressors by threatening unacceptable consequences.

Over time, this thinking evolved into a belief that being defended could actually make war more likely, because if Russia (or China, or whomever) thought many of its warheads might be intercepted, then it would buy more and more weapons to assure it could retaliate after an attack. So the only way to avoid a dangerous arms race, it was said, was to forego building real defenses. This arrangement came to be known as a "mutual-hostage relationship," and its logic was enshrined in arms control agreements between Moscow and Washington during the 1970s.

Nobody liked the mutual-hostage relationship, but at the time Russia was buying nuclear weapons at a much faster clip than America so relying solely on deterrence for our security seemed like the only way of stabilizing the relationship. Many changes were to follow as the Soviet Union collapsed and Washington turned to other worries, but the basic logic of the mutual-hostage relationship remains the foundation of our nuclear strategy today. In other words, there is little we could do if Russia attacked other than retaliate.

I wrote my doctoral dissertation at Georgetown on nuclear strategy, and then went on to teach that subject in the university's graduate school. Although the logic of offensively-based deterrence was easy to grasp, I never could shake the fear that deterrence would one day fail. There were just too many ways war might unfold outside the logical framework supporting the strategy, and besides -- what creation of humans lasts forever? Our current strategic posture assumes nuclear deterrence will be the exception. It won't.

This is not an argument for abandoning the nuclear triad. Security in the nuclear age begins with assuring no adversary can disarm us in a surprise attack. That's what having a triad does -- it so thoroughly complicates the targeting challenge of an attacker that there would be no way of avoiding retaliation-in-kind. Therefore, I'm a big fan of modernizing all three legs of our aging strategic arsenal, and the command system that would assure it functioned as intended in wartime. Deterrence has to be credible to work.

But having a survivable retaliatory force isn't enough, because at some point we will face nuclear-armed enemies who are crazy, or accident-prone, or too scared to think clearly in a crisis. Our policymakers haven't done enough to prepare for such contingencies, because they have convinced themselves that trying to do so by building strategic defenses would destabilize the nuclear balance.

Let's get real here. We don't really know what Vladimir Putin is thinking, and never will unless he makes the fateful decision to launch a nuclear attack (presumably in the midst of some East-West confrontation Moscow is on the verge of losing). That's the problem with a strategy that relies mainly on psychology to avert Armageddon. Since we aren't mind-readers, we can only speculate about whether deterrence is working -- until the day it fails.

The only concrete solution to this problem is to build active defenses of the homeland against nuclear attack. Ronald Reagan understood this, but no recent president has. Reagan saw that if America could devise defenses that were cheaper to proliferate than offensive forces, then deterrence would be strengthened rather than weakened. After all, why engage in an arms race if it costs you more to add another warhead than it costs your adversary to negate it? It would be a losing proposition.

And knowing most of your weapons wouldn't penetrate U.S. defenses, there would be little incentive to launch an attack. This is not as difficult to achieve as some policymakers have come to believe. If we had a two-layer defense in which each layer was 90% effective, then only 1% of attacking warheads would get through -- assuming the defense had been made survivable through mobility and other features. But the key to making strategic defenses work is that they have to be cheaper to proliferate than offensive forces.

In the antiseptic terminology of nuclear strategy, that means having a "favorable cost-exchange ratio." Reagan thought building a constellation of defensive lasers in space might do the trick, because lasers cost almost nothing per shot once they are in place. His thinking was derided by proponents of offensively-based deterrence, who spun up all sorts of objections to the scheme. The problem with these arguments is that they result in America remaining defenseless on the day when deterrence inevitably fails.

If Washington had spent as much money over the last 15 years on protecting our homeland as it has spent on trying to fix Afghanistan, America would be well on its way to having defenses against nuclear attacks -- no matter how or where they originated. Instead, the United States remains vulnerable to the one threat that could destroy our civilization before sunset. This may be the greatest strategic mis-calculation in history, and the next president needs to focus on correcting it.