The Hidden Role of Chemical Weapons on 9/11 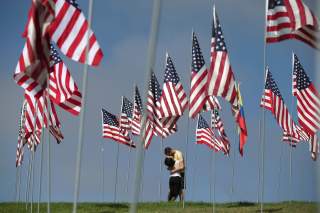 Lost in the piles of rubble amid thousands of corpses on that tragic day on 9/11 were small handheld devices which afforded the hijackers a distinct advantage in the small, confined spaces of the aircraft cabins: namely, miniaturized chemical weapons containing CS gas (from the initials of its American inventors, Ben Carson and Roger Staughton) or cayenne pepper.  This often-overlooked component of the attacks is critical to understanding how four or five people managed to commandeer three out of four wide-bodied jetliners and turn them into massive incendiary missiles. These chemical weapons, employed along with boxcutters and utility knives, were used to devastating effect.

Personal protection sprays, while not lethal, are very much a “chemical weapon” according to international law since they are noxious substances designed to incapacitate. World War One witnessed almost 100,000 deaths and a million total casualties from chemical weapons, so the world acted diligently to ban these weapons at the Geneva Conference of 1925.  Since the French had used tear gas as one of the first chemical weapons used in combat, it was expressly included in the prohibitions.

Tear gas is a debilitating substance, capable of blinding someone in combat or any confrontation, which can often make the difference between winning and losing.  Personal protection sprays similar to CS, while marketed as a defense against mugging, can readily be turned into offensive weapons.

Al Qaeda has been studying and testing chemical weapons in Afghanistan before the “Planes Operation” was even on Osama Bin Laden’s drawing board.  Chemical weapons in the hands of terrorists are a highly-effective force multiplier. Easily hidden and relatively inexpensive, chemical weapons can injure and disable adversaries, and instill in the words of the immortal Winston Churchill “a lively terror” in those unprepared for their deployment.  The range of chemical weapons is vast, running from persistent organophosphates like Tabun and VX all the way down to rapidly-dispersing irritants such as CS.

Personal protection spray deployment by the 9/11 attackers was highly professional and choreographed, as they managed to use them along with knives without injuring themselves in the process.  While the attackers moved from their seats towards the attendants and flight crew, they would have endeavored to spray the chemicals first and slaughter the pilots second, a simple but devastating strategy.

The world was made aware of the chemical weapons use by Betty Ong, the Flight 11 air hostess, and Flight 93 passengers who described the flight deck and first-class cabin as being fogged with a lachrymose cloud.  The terrorists were apparently using the chemical personal protective sprays for the distinct tactical purpose of disabling their victims while conducting their attack against the pilots and commandeering the planes. The use of these chemical agents on both flights 11 and 93 means that they were likely part of the terrorists’ arsenal on every plane and thus a key enabler to the success of the attacks on the Pentagon and the World Trade Center towers.

If the passengers in the back of the Flight 93 jetliner were not made aware via cell phone calls regarding the other hijacked planes, they might not have overtaken the flight deck, and the United States would be missing its Capitol building today.  In other words, chemical weapons in the hands of Salafist terrorists have already done grave damage to the United States.

Al Qaeda, which gave birth to the Islamic State or ISIS, had continued its research and development of chemical weapons after 9/11, even going so far as to fashion a field expedient, hydrogen cyanide dispersal device called the Mobtaker or “mubtakkar” for use in the New York City subway system. Ayman Al Zawahiri, al Qaeda’s current leader, called off the 2003 cyanide attacks for “something better,” likely the simultaneous midair explosion of multiple jetliners over the Atlantic Ocean.  Fortunately, aggressive surveillance stopped those attacks; however, the terrorist capacity to make and deploy chemical weapons remains.

Just this February, al Qaeda affiliates have been accused by Arab and Syrian media of manufacturing and using chlorine gas weapons in a Damascus suburb, framing the Assad government in so-called “false flag” operations.

These capabilities are predicated on Qaeda’s development of Weapons of Mass Destruction (WMD) recipes for chlorine gas, sulfur mustard, and so-called “kitchen Sarin” as well as dirty bombs and biological weapons such as anthrax and ricin, which have all been collected, digitized and disseminated.  This deadly collection was transferred to ISIS and discovered on the laptop of an ISIS fighter in Syria, gaining the moniker “Laptop of Doom.”  More shocking than the scary name is the fact that this lethal knowledge now exists in electronic form and can be instantly accessed at will by terrorists anywhere in the world.

Whether one is speaking of chemical weapons as an adjunct element in a plane hijacking or a primary weapon to inflict mass casualties, such as a nerve gas attack, the truth is that these weapons are not impossible to make or acquire.  There is evidence in possession of the United Nations that terrorists have used chemical weapons in Syria multiple times.  Until today, there has not been a single individual publicly identified in connection with any of these attacks. Even President Assad, accused of attacks in 2013 and 2017 causing organophosphate poisoning symptoms, cannot be conclusively identified as the responsible party.  The lack of a conclusive forensic footprint when using these weapons makes their use a particular proliferation threat, and the future use by ISIS remnants and al Qaeda and its affiliates should be of grave concern.

Intimating the use of WMD by terrorist groups, Al Qaeda published two issues of its marquee electronic magazine Inspire referring to the “stage of weapons of mass destruction.” The authors promised more information on the topic and then subsequently went dark, possibly because of the death of Anwar Al Awlaki. One cannot help but wonder if they are adhering to the “actions speak louder than words” philosophy and moving, in their measured and inexorable way, toward chemical weapons attacks on the scale of 9/11 against Western targets.

Ian Wilkie is an international lawyer and terrorism expert and a veteran of the U.S. Army (Infantry). He is working on a book about the potential uses of WMD by terrorists entitled "Checkmate: Jihad's Endgame."