The Impossible Price of a U.S.-China Grand Bargain: Dumping Taiwan 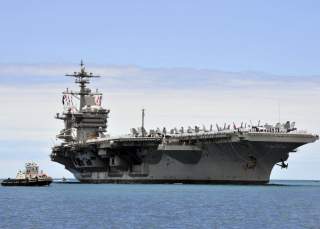 The argument that Washington should abandon support for Taiwan to gain favor with Beijing faces strong counter-arguments that have prevailed in policy-making up to now.  George Washington University professor Charles L. Glaser presents a fresh reboot of the idea in the spring 2015 issue of the journal International Security.  Glaser says protecting Asia-Pacific allies is a vital U.S. interest, but protecting Taiwan is not.  Yet Taiwan is the main cause of Chinese opposition to U.S. strategic leadership in the region.  Meanwhile, tensions between China and rival claimants over disputed territory in the East and South China Seas threatens to spark military conflict, and foreign governments wish for more clarity in Beijing’s longer-term strategic intentions – specifically, whether it is a “greedy state” that seeks to replace the United States as regional hegemon.  Glaser proposes solving all of these problems through a Sino-U.S. “grand bargain”: the United States government “ends its commitment to defend Taiwan” in exchange for Beijing’s promise to “peacefully resolve” its maritime territorial disputes and “officially accept the United States’ long-term military security role in East Asia.”

The case for abandoning Taiwan typically meets at least three large barriers: the betrayal of U.S. ideals, harm to America’s reputation as a reliable security partner, and Taiwan’s strategic value.  Glaser’s argumentation does not overcome these barriers.

Glaser says he recognizes that a foreign friendly country’s hard-won civil liberties “are important values” that Washington “should be reluctant to jeopardize,” but in the end they are not “key national interests” for the United States and are therefore expendable.  It is debatable that the preservation of a democratic Taiwan is not a key U.S. interest.  Recent U.S. presidential administrations representing both major political parties have affirmed a U.S. strategic interest in spreading democracy because democratic countries are generally supportive of the U.S.-sponsored international system of liberal norms and institutions.

Glaser focuses on the US interest in avoiding a war with China.  But what about the U.S. interest in preventing a Taiwan-China war?  One of the main reasons for U.S. forward deployment is to help keep the region stable.  The PRC argues that the Taiwan “separatist” challenge would quickly dry up if the U.S. stopped selling weapons to Taiwan, but Taipei has argued the opposite: cross-Strait stability is possible only if Taiwan feels secure, and the Republic of China (ROC) will not negotiate with China under the gun.  Beijing should not assume Taiwan would be quick to surrender even in a disadvantageous situation.

Abandoning staunch, long-time friend like Taiwan would damage U.S. credibility in the eyes of other regional governments.  Glaser argues that in the case of Japan, this damage would be containable.  Tokyo realizes that compared to Taipei, its relationship with Washington is more strongly institutionalized.  Japan also has nowhere else to go, he says, other than sticking with the United States.  This is probably true, although U.S. abandonment of Taiwan would reinforce Japan’s fear regarding the long-term U.S. reliability to stand up to a strengthening China.  This would embolden Japanese advocates of accommodating China, as well as those who call for a militarily strong Japan unleashed from the alliance.  What about the damage to the reputation of the U.S. among friends in Seoul, Canberra, Manila, and elsewhere?  Glaser mentions only Tokyo, the relatively easy case.

(Recommended: Would America Risk a Nuclear War with China over Taiwan?)

On the subject of Taiwan’s strategic value, Glaser spends most of his effort arguing against his own thesis.  He points out that Taiwan acts as a huge barrier, creating choke points for the deployment of PLA naval forces, while possession of Taiwan would give the PLAN direct access to the deeper waters of the Pacific, would increase the Chinese A2/AD capability, would extend the range of air cover for the Chinese navy, and particularly would make it easy for Chinese submarines to enter the Philippine Sea and threaten US carrier battle groups there.  Having made these points, Glaser unconvincingly concludes that controlling Taiwan would not “significantly increase” Chinese military leverage.

Glaser’s case has other weaknesses.

He assumes that the US abandonment of Taiwan would “dramatically improve” U.S.-China relations, and that “China can be very secure with the United States maintaining its alliances and forward deployment” as long as Taiwan is no longer in play.  This is believable only if we posit that Beijing has no aspirations for regional leadership or revisions of the current order beyond gaining control over Taiwan, both now and in the future.

The “grand bargain” idea probably resonates less with Beijing than Washington.  From Beijing’s point of view, this would be asking it to trade something it believes it already owns for something else it believes it already owns.  If they did agree, how the “bargain” would be operationalized is unclear.  What would it mean for China to “officially accept” U.S. alliances and military bases in the Asia-Pacific?  This would seem to require Beijing to renounce its proudly “principled” opposition to any country having “Cold War era” alliances and foreign bases.  At the same time, it is easy to foresee China continuing its pre-bargain activities (military buildup, maneuvers with Russia, naval patrols in the East and South China Sea, etc.) while claiming these were not attempts to drive U.S. influence out of the region.

Glaser recognizes that Chinese leaders may intend to push out their U.S. rival.  He argues his proposal would answer the question of whether this is Beijing’s plan.  If Beijing accepts the proposal, it would indicate that China has limited aims and can tolerate continued U.S. regional hegemony.  If not, China intends to usurp that role from the United States.  If we now recognize that expelling U.S. strategic leadership may be Beijing’s intention, unilaterally assisting the Chinese by abandoning Taiwan is not the most sensible policy if the US hopes to retain its accustomed role.  The timing of Glaser’s proposal is particularly bad given that Xi Jinping’s government seems to represent a shift toward a more assertive Chinese foreign policy that has grown impatient with waiting for the United States to decline on its own.

Even if the current regime in Beijing does not plan to dismantle U.S. regional leadership, the United States cannot be sure the leaders of a future, stronger China will think the same way.  China could renege on Glaser’s proposed deal more easily than the US could.  China is a local power with relatively short supply lines to the East and South China Seas.  In the case of the South China Sea, China enjoys a huge and growing military force projection disparity in its favor relative to the other claimants.  But to cancel its part of the deal, the United States would have to cross the Pacific Ocean to invade and capture a Taiwan defended by ensconced PLA forces only 100 miles from China’s mainland.

Ultimately, Glaser’s idea founders on the contradiction between assuring China and assuring allies who fear China.  Admitting that regional confidence in U.S. reliability would suffer if Washington stopped supporting Taiwan, Glaser argues that Washington would need to compensate for this reputational setback by increasing U.S. military forces in the region, investing in stronger capabilities, and deepening ties between US and allied military commands.  These compensatory moves, however, would go a long way toward reviving the very fears that the “grand bargain” was intended to alleviate.  It is questionable that China would feel much more secure if the price of gaining control over Taiwan was a permanently stronger US military presence in the region.

Glaser’s view of the protection of a democratic Taiwan as superfluous rather than intrinsic to America’s “longstanding military security role in East Asia” is erroneous.  Therefore a bargaining away of US support for Taiwan – especially for a doubtful payoff – is no way to strengthen America’s regional leadership.