The Islamic State's Most Deadly Weapon of War: Water? 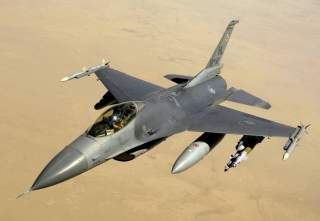 As a requisite resource, water and its infrastructure are decisive targets in the self-declared Islamic State’s (IS) strategy for regional expansion in the Middle East. Although IS has not demonstrated the capacity to operate technologically intensive water infrastructure, it continues to pursue control of dams and water systems in Iraq and Syria that, if acquired and adequately maintained could partially legitimize its rule, or alternatively be exploited as a weapon. To counter this threat, the United States should prioritize the protection of major hydroelectric dams and water infrastructure in areas under or near IS occupation. It should also create viable alternatives to IS-supplied resources through increased water aid in Syria and Iraq, and support to allied infrastructure and supplies increasingly challenged by migration and water scarcity. Delaying this action poses added barriers to the coalition strategy to defeat IS because, as one Mosul resident stated, “if [IS] could only maintain services—then people would support them until the last second.”

Institutionalizing management of water resources and systems is a realistic means for IS to expand its sources of funding and further legitimize itself among local populations. Unlike IS’s production of oil that (illegally) operates within a global market, water is a regional commodity that is largely dependent on the operation of local hydroelectric dams. For IS, these dams are “the most important strategic locations in the country,”says Shirouk al-Abayachi, a member of the Iraqi parliament and former adviser to the Ministry of Water Resources in Iraq. “They should be very well protected because they affect everything—economy, agriculture, basic human needs and security.”

In the ongoing conflict, the desire to command water is nothing new. IS’s quest to seize water infrastructure began in 2013 with the occupation of the Tabqa Dam, Syria’s largest hydroelectric dam that supplies electricity to rebel and government territories, including the city of Aleppo. Advancing toward a hydraulic state during its invasion of Fallujah, IS effectively employed surrounding dams, canals, and reservoirs as weapons—denying water to areas outside of its territory and flooding the route of the approaching Iraqi army. And in the eastern Syrian city of Raqqa, IS exhausted water reserves and disrupted distribution networks, forcing residents to rely on untreated water sources and leading to the spread of waterborne diseases such as Hepatitis A and typhoid.

Although other actors, including the Bashir al-Assad regime and Syrian rebel groups, target water systems and strategically withhold aid, IS’s endeavors have the potential to inflict greater damage. This was evident in the organization’s occupation of the Mosul Dam, Iraq’s largest hydroelectric facility that supplies water and electricity to the majority of the country and is considered “the most dangerous dam in the world.”A 2006 U.S. military survey concluded that its collapse would release a twenty meter-high wave on the city of Mosul, which could destroy the city and kill over fifty thousand people. During its occupation, IS ultimately did not have sufficient forces to sustain its control, and the dam was reclaimed by Kurdish forces with the help of U.S. airstrikes in August 2014. While the annexation of the Mosul Dam did not end in a devastating collapse, IS sufficiently damaged the region by failing to perform basic state functions—reports claimed that the city experienced dire shortages of water and food, and near economic collapse during the occupation. IS did, however, employ destructive flooding in the April 25 seizure of the Tharthar Dam near Fallujah. U.S. intelligence reports suggest that IS has opened at least one of the dam’s gates to flood nearby areas following an attack, which reportedly killed 127 Iraqi troops.

Reckless behavior in Fallujah, Raqqa, and Mosul are indications that IS does not possess the resources needed to employ soft power governance through the management of the region’s technologically intensive infrastructure. Unlike IS’s common forms of funding, such as cash from the plunder of antiquities and kidnappings for ransom, wealth accrued from the command of resources like oil and water is contingent upon infrastructural planning and a skilled workforce. Supervision of dams requires a highly specialized skill set, and, according to Russell Sticklor, a water researcher for CGIAR, “there is no indication that the Islamic State possesses it.” Rather than initiate its own civil workforce, IS has borrowed skilled labor from its predecessors—the Assad Regime and government in Bagdad continue to pay many engineers and skilled workers operating under IS supervision.

Although this unsustainable appropriation of labor prolongs the opportunity for the United States and its allies to build an alternative to IS command, as IS’s sources of revenue diminish, the organization may increasingly shift their focus towards state building tactics of water infrastructure management to maintain influence in the region. This would not be surprising given that, IS reportedly collects money from business owners in Raqqa in exchange for electricity, water, and security. Previously estimated at $1 million per day, the organization’s crucial revenue derived from oil has significantly declined due to airstrikes against IS’s already incapable industrial base—reducing production to 5 percent of its previous extraction capabilities. According to Iraq expert Michael Knights, the jihadis will have a hard time providing basic services without oil revenue: “Very quickly, Islamic State has gone from the richest terrorist group in history to the world’s poorest nation-state.” Colin Clark from the RAND Corporation argues, “Without this oil money they are going to have to maybe rethink some of the state building efforts that have been fairly ambitious up to this point.”

Unfortunately, water insecurity spreads beyond Iraq and Syria, to U.S. partner countries such as Jordan, increasing the risk that disenfranchised populations will turn to IS if the terrorist organization develops the capacity to provide adequate water resources. Syrian and Iraqi refugees are congregating in some of the most water stressed areas in the Middle East—the region now loses water at the second fastest rate worldwide, behind only northern India. Jordan has faced added stress with the influx of 750,000 Syrian refugees and 60,000 Iraqi refugees. The country is currently exhausting its supply of water at three times the recharge rate, facing extreme drought as it accommodates three thousand new refugees every day. This has left both refugees and Jordanian citizens water insecure. Without addressing this resource burden and insufficient standard of living, disenfranchised Jordanians believe IS will strengthen its territorial hold. “We are waiting for this moment,” said Abu Abdullah, an IS sympathizer in Ma’an. Should IS successfully govern this water infrastructure, refugees may be compelled to return home where there are more reliable sources of water and sympathize with IS—similar to the growing sympathy for IS among the Yarmouk population in Syria, which suffered from Assad’s extreme tactics that resulted in severe water and food shortages.

As the leader of the anti-IS coalition, the United States should prioritize the protection of water systems to prevent IS expansion and infrastructural abuse. Unlike the U.S. strategy to halt funding from oil by attacking oil refinement installations, the protection and reclamation of dams requires a strategy that preserves water infrastructure and continues the provision of basic services to the surrounding population. As these operations remain consistent with Obama’s pledge not to reintroduce ground combat in Iraq, the United States will need to rely heavily upon Iraqi ground forces and prioritize the prevention of IS incursion into areas of Iraq and Syria where there is standing water infrastructure.

Despite setbacks from airstrikes and counteroffensives across Iraq, IS attempts to broaden its arsenal continue as they pursue control of water infrastructure in Iraq and Syria with the potential to serve as a state building mechanisms or weapons in the ongoing conflict. The April 25 seizure of the Tharthar Dam and opening of one of the dam’s gates demonstrates the growing prioritization of water infrastructure in IS’s strategy. As the leader of the anti-IS coalition, the United States, in collaboration with Iraqi troops, should prioritize the protection of Iraqi-controlled water infrastructure and efforts to reclaim IS-occupied infrastructure. As stated by Michael Stephens, a Middle East expert at the Royal United Services Institute, IS “understands how powerful water is as a tool, and they are not afraid to use it.”