The Kel-Tec PMR-30: The Most Deadly Handgun on the Planet? 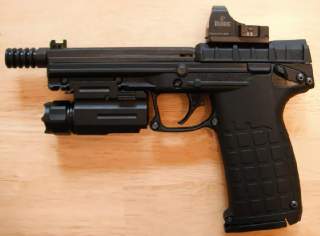 High-capacity handguns have traditionally been a difficult engineering proposition. The first, if not one of the first, was World War I’s Luger P08 with thirty-two-round drum. Meant to provide plenty of firepower to clear trenches, the Luger with drum magazine was unwieldy and heavy, and dropped from German arsenals shortly after the war. The next major advancement occurred decades later, when the Glock 17—with its seventeen-round, 9mm Luger magazine—hit the market in the early 1980s.