The Legendary A-10 Warthog vs. the F-35 Joint Strike Fighter: Who Wins? 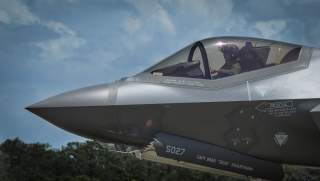 Pentagon has been directed by Congress to conduct a series of continued A-10 vs. F-35 weapons tests as part of an effort to more effectively the determine the future mission scope of the A-10 and F-35.

While Air Force officials told Scout Warrior that the service is not using the term "fly-off," they did confirm that there were ongoing assessments into the issue.