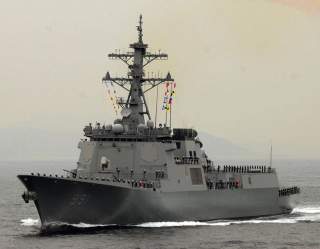 Signs that North Korea had been working on designing and testing both an SLBM and a submarine with the vertical missile launch tubes capable of firing them have been circulating for some time. In March, Admiral CD Haney, commander of US Strategic Command, warned that Pyongyang was working towards a sea-based deterrence capability. Some South Korean defense officials say that North Korea could have a functioning submarine and ballistic missile in 2-3 years. Whether Pyongyang is able to miniaturize a nuclear warhead in that time is up for debate.

Robert Kelly yesterday wrote a great analysis of the security and political ramifications stemming from the launch. I believe he is right in that this development will be fodder for American hawks, particularly with a presidential campaign coming up next year.

However, I disagree with Kelly's argument that North Korean SLBMs “cannot be targeted for preemption: that is the whole point of SLBMs.” I would argue that the mere existence of SLBMs, while certainly complicating defense planning for the US and South Korea, will not eliminate the preemptive strike option in the minds of policy-makers in Washington or Seoul.

The guaranteed nature of the second-strike depends on the quality of the submarine as much as on the SLBM.

'Noisy' submarines can be tracked, trailed and if need be destroyed by anti-submarine warfare (ASW) forces. It appears that the submarine the North Koreans intend to use for their SLBMs is based on an old Yugoslav navy design from the late 1970s. This will likely make it vulnerable to modern ASW.

Pyongyang's test is likely to spur increased development of ASW forces in South Korea, something that has already begun happening since the sinking of the Cheonan in 2010. Seoul may now have more cause to increase its cooperation in this area with the US, as well as Japan, the two most significant ASW powers in the region, if not globally.

One of the advantages of mobile missile-launch platforms such as submarines is their ability to relocate to different azimuths in order to gain an advantage over static land-based BMD systems. But if you know the rough location of the submarine through ASW trailing, destroyers equipped with BMD systems can close in on the likely launch point and take out the missiles in the vulnerable ascent phase. South Korea already has three KDX-III class destroyers with some BMD capability, and is investing in more Aegis-equipped cruisers, with six planned by 2019.

This piece first appeared in the Lowy Interpreter.