The Most Overlooked Story from North Korea’s Party Congress 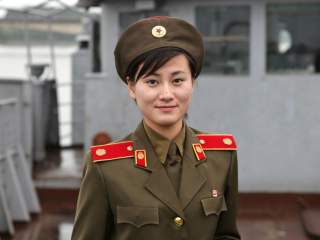 North Korea’s Party Congress concluded after four days of nonstop drama. It’s everything we hoped for, and more: secrecy, pomp, nuclear weapons, and even the detainment and expulsion of BBC correspondent Rupert Wingfield-Hayes. One announcement, however, was reported without much fanfare: Kim Jong-Un’s five-year economic plan. Admittedly, economic plans are not as thrilling as nuclear weapons and expulsion of Western journalists, but this could be the most underreported story thus far. Part of the reason is that when the announcement was made, it was devoid of any details or specifics. The other part is that economic progress just doesn’t seem very North Korean.

Many of us, particularly in the United States, have been conditioned to think of North Korea as a country stuck in a perpetual state of squalor and decrepitude. A mere mention tends to evoke images of a starving backwards people and retrogression. On the contrary, there is evidence that the opposite is happening. Thanks to the quiet progress of a nascent market economy, North Korea has been experiencing modest growth in recent years. Agricultural production is holding steady despite a drought in early 2015 and the level of defection to its southern neighbor has dropped. Of course, this is not to say that all is right in the Hermit Kingdom. Widespread malnutrition still persists and its economy has a long way to go. Regardless, any optimistic predictions of the North Korean economy should alarm Washington.

North Korea perceives the United States as its perennial adversary. If this threat perception remains the same while its economic conditions improve, North Korea’s belligerent behavior will calcify. “Why,” Pyongyang will ask itself, “should we go to the negotiating table at all? We’ve made it this far living outside of the system.” Emboldened by its newfound financial and economic resources, Pyongyang will likely double down on its strategy of isolation, aggression, and weapons development. This poses a significant threat to, not just the United States, but to the entire Asia-Pacific region.

Currently, the Obama administration employs a policy dubbed “strategic patience.” The chief aim is to use isolation and multilateral sanctions to make it unbearable for North Korea to hold onto its nuclear program. Then, we wait it out. Pyongyang should find it too painful to maintain its current trajectory and submit to American terms. This is a failing policy. Strategic patience only served to harden North Korea’s resolve and forced the Kim regime to find creative and innovative ways to survive. Instead of begging to be allowed back into the fold, North Korea is as resilient as ever.

With President Obama concluding his tenure, how will the presidential candidates approach one of the most difficult and enduring geopolitical riddles of our time? Former Secretary of State, Hillary Clinton has been relatively quiet. She, however, was the primary driver behind the United States’ current "hands off" approach. Both Donald Trump and Senator Bernie Sanders outlined a North Korea policy that required pressuring China to deal with the reclusive state.

The plan to pass the buck to China is a popular alternative. After all, with massive amounts of aid and trade flowing from China, it must surely have substantial leverage over North Korea. This is also a dead end. No matter how angry the leadership in Beijing becomes, it will neither abandon North Korea nor allow it to collapse. Doing so is too costly. In the short term, China will face a refugee crisis on the scale of Syria or worse, reallocation of precious state resources in securing the Sino-North Korean border, and possible military conflict with the United States. In the longer term, China will have to deal with a united Korean peninsula under the rule of Seoul and presumably still an American ally. This is addition to losing a buffer state that has served Chinese interests for many decades.

Not a single candidate mentioned the prospects of negotiations or engagement.

The United States must make the first move and invite North Korea to negotiations. It provides an opening, however small, to shape North Korea’s behavior. Even if the amount of influence exerted turns out to be minimal, it is much preferable to the zero leverage we possess today. Second, Kim Jong-Un and North Korea becomes more predictable. At a recent conference hosted by the Center for Strategic and International Studies (CSIS) in Washington D.C., Dr. Suh Hoon, former Deputy Director for North Korea Intelligence at South Korea’s National Intelligence Service, remarked, “During the Kim Jong-Il era, we had lots of talks. We could anticipate their thoughts, but that’s different with Kim Jong-Un.” Thanks to the lack of interaction, North Korea’s already esoteric and mysterious decision-making is more opaque than ever before.

It will be a long and excruciating process, but engaging North Korea is the only viable option we have left. There is an urgent need for the candidates to formulate a new approach with old-fashioned, hard-nosed diplomacy as a central component. We can no longer afford to rest upon the assumption of an inevitable North Korean collapse or pin our hopes on an unlikely Beijing intercession.

Harry H. Sa is a research analyst with the United States Programme at the Institute of Defence and Strategic Studies, a unit of the S. Rajaratnam School of International Studies (RSIS) based in the Nanyang Technological University, Singapore. He is from Los Angeles, California.