Is the Navy's Best Submarine in Danger of Becoming Obsolete? 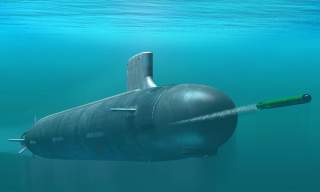 The United States Navy’s Virginia-class nuclear-powered attack submarines are among the most successful vessels of their kind. Overall, the program continues to run smoothly, delivering boats on time and on budget.

In short, the Virginia-class is a success story for the Navy and the service has increased the number of boats it intends to buy from 30 to 48. It is also possible that the number of Virginia-class submarines to be built might increase as the Navy ramps up to production to meet its revised requirement for 66 attack submarines, up from 48 boats. However, as time goes on, the Navy is starting to run out of room for upgrades and may have to switch to a next-generation SSN(X) design.

The Navy is set to begin construction of the new Block V Virginia-class submarine in fiscal year 2019, which incorporates the Virginia Payload Module (VPM). The VPM significantly boosts the submarine’s firepower with the addition of four tubes each capable of carrying seven Tomahawk cruise missiles for a total of 28 additional weapons. The addition of the VPM hull section does not mean the end of the Virginia-class’ evolution, the Navy hopes to include other improvements to the vessels under the Tactical Submarine Evolution Plan (TSEP).

Under the TSEP, the Navy does not want to wait for major Block changes before inserting new technologies onto the Virginia. Instead of waiting for Block VI to insert upgrades as it would under current practices, under the TSEP plan, the service would drop new technology into the vessels as those new systems are ready for fielding. As TSEP starts to become a reality, the traditional dividing lines that would have separated a Block V, VI, VII and even the forthcoming SSN(X) replacement for the Virginia are expected to start to disappear.

But the problem the Navy is starting to encounter is that the Virginia-class design is simply running out of space for new technology to be inserted. At some point the Navy will have to jump to a new SSN(X) design. While the original plan was for the Navy to start build the new submarines in 2034, the service’s plans for the new SSN(X) are in flux. The Navy does not yet know when the SSN(X) might emerge—it could be sooner or later than previously anticipated.

“We are running out of design margin in this great platform, and there are some fleet needs which this platform cannot do. So as a result, under Adm. Merz’s leadership, we’ve started the discussion of how we’re going to leverage our block improvement conveyor belt to wring out as much as we can for future blocks of Virginia, while setting us up for success after Virginia,” Brian T. Howes, then the acting director of the Undersea Warfare Division (N97B) on the staff of the Chief of Naval Operations (OPNAV), said at the Naval Submarine League’s annual symposium late in 2017 as reported by USNI News. TSEP would identify “capabilities that we are going to demand our shipbuilders inject into this platform, and if it can’t be injected into this platform we’re going to design it into [SSN(X)].”

However, there is a possibility that the Virginia might be extended or that the SSN(X) program might be sped up. “Then we’ll make the decision, do we extend the APB again or will it be time to move on to a future submarine design?” Michael Jabaley, Naval Sea Systems Command’s program executive officer for submarines, said, speaking at the Naval Submarine League’s annual symposium. “If technology, threat, environment, budget all conspire to say it makes more sense to start it earlier, start it later, then that’s what we’ll do.”

The fact is that the United States Navy has to move swiftly to make sure that its submarines are not eclipsed by new threats such as Russia’s new Project 885 Yasen-class attack boats. The U.S. Navy has talked about its efforts to maintain its technological superiority over potential foes with the Acoustic Superiority Program, but the TSEP would take a step further than that and continually improve American submarines to deal with the Russian and Chinese threat.