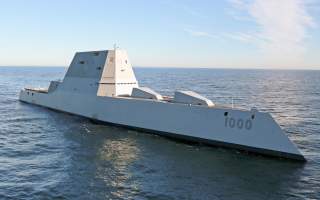 In preparation for all of this, the ship is now going through combat activation in San Diego, Calif., to pave the way toward preparing the weapons systems for the ship’s planned move to operational status in 2020, Navy officials say. This process will also carefully refine many of the ship’s other technologies, such as its advanced Integrated Power System and Total Ship Computing Environment, multi-function, volume-search SPY-3 radar and sonar systems.