The New GOP Congress: Can the Hill Finally Pass the 2015 Defense Budget? 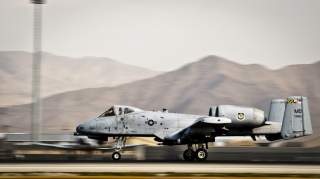 The results of the 2014 midterm elections are in: Republicans had a fantastic night. The GOP has further solidified its control of the House of Representatives with roughly 245 seats (the biggest Republican majority since the Truman administration) and regained control of the Senate with at least seven new seats—the first time since 2006. In the long run, this shift is likely to test the significant differences in foreign policy outlook that have opened between leading Republicans (and potential 2016 presidential candidates). In the medium term, Senator John McCain (R-AZ)’s long-sought chairmanship of the Senate Armed Services Committee will likely lead to more direct confrontations between Congress and the White House regarding current defense policy, war powers, and ISIS strategy. Most immediately, however, the conclusion of the midterm elections raises another pressing question: can Congress pass the FY15 National Defense Authorization Act (NDAA) before the end of this year? And if so, what might the final bill look like?

Among the many defense budgetary debates now taking place within the halls of Congress, here are five issues that deserve special attention:

1. The danger of sequestration is looming larger—and it’s set to come crashing down in FY16.

It has become clear that even if Congress does succeed in passing an FY15 defense budget, the hard challenges of 2011 Budget Control Act (BCA) will still have been put off another year. Although a 2013 budget deal increased the FY15 defense budget authorization to $521 billion from $496 billion—a number that the House and Senate defense authorizations currently meet—this cushion will be gone in FY16, with the ceiling reduced to roughly $500 billion. Pentagon planners are budgeting as if this limit will be raised, and they have already delayed at least $20 billion in desperately needed maintenance. 2015 is destined to be a very rocky year in the ongoing defense budget debate.

The House has authorized $79.4 billion in OCO spending; the Senate has authorized $59 billion. With the rising cost of the fight against ISIS, the continuing operational presence in Afghanistan, and a variety of brewing crises abroad, the final bill will likely trend toward the higher figure. As Katherine Blakeley of the Center for American Progress convincingly argues, however, a high OCO will exacerbate the Pentagon’s use of this money as an “emergency fund” only loosely tied to the actual cost of operations. OCO is meant to be used for expendables not modernization (as the Air Force was reminded when it attempted to fund the F-35 with it!). Using the OCO for non-operational things is a difficult line to draw, given wear and tear on equipment and the enduring nature of military operations over the last two decades. Regardless of the intent, OCO is unpredictable and year to year, so it is no way to fund new equipment and modernization.

3. The A-10 Warthog: probably safe for another year.

The Air Force’s plan to retire the A-10 Warthog has been under fierce scrutiny since the day it was announced, despite estimated savings of $4.2 billion. Although Congressional approval of the divestment was always in doubt, the air campaign against ISIS is now demanding exactly the sort of close air support that the A-10 provides. This shift, coupled with Republican control of the Senate Armed Services committee—where Senators McCain and Kelly Ayote (R-NH) have been some of the most prominent defenders of the A-10—may essentially push the issue off the table.

4. Pressing “skip” on tough choices regarding military compensation and base realignment and closure (BRAC).

Although Congress is set to approve some small steps toward compensation reform like a slow in the rise of the basic allowance for housing (BAH), more comprehensive measures proposed by the Department of Defense have been shot down. Both the House and Senate have approved a 1.8 percent rise in pay, as opposed to the 1 percent urged by defense planners. Most TRICARE adjustments, ranging from adding enrollment fees to a modest increase in premiums, have been discarded. A tentatively proposed 2015 BRAC round proved an immediate nonstarter, and there is virtually zero chance of more happening on a BRAC until after the 2016 presidential election. Despite significant defense personnel reductions, the last BRAC round took place in 2005.

5. A new Authorization for Use of Military Force (AUMF)?

Interestingly, there may be growing Congressional momentum to issue a new—and more narrowly defined—AUMF to provide legal justification for operations against ISIS. Although Congress largely avoided the ISIS debate with consideration to potential political backlash (and the White House was comfortable operating under the 2001 AUMF originally directed toward Al Qaeda in Afghanistan), with the elections over, this may well become a big point of debate in the final weeks of the 113th Congress.

Under a short-term Continuing Resolution approved September 17, Congress has only until December 11 to determine the FY15 defense budget—the Senate version alone of which has received 239 amendments. The next month will prove vitally important. Our armed forces deserve some level of financial certainty as they look to the difficult year ahead. It is Congress’ job to make that happen.

This piece first appeared in CFR’s blog Defense in Depth.