The Next Revolution In Military Affairs: How America's Military Will Dominate 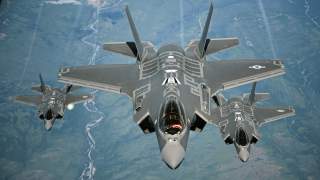 A Revolution in Military Affairs (RMA) is a theory about the evolution of warfare over time. An RMA is based on the marriage of new technologies with organizational reforms and innovative concepts of operations. The result is often characterized as a new way of warfare. There have been a number of RMAs just in the past century.

An example of an RMA is the mechanization of warfare that began in World War I with the introduction of military airpower, aircraft carriers, submarines and armored fighting vehicles. Out of these advances in technology came independent air forces, strategic bombardment and large-scale amphibious operations. Another occurred with the invention of nuclear weapons and long-range ballistic missiles leading to the creation of new organizations such as the now-defunct Strategic Air Command and new concepts such as deterrence. In the 1970s, the advent of information technologies and high-performance computing led to an ongoing RMA based largely on improved intelligence and precision strike weapons. The 1991 Gulf War and Operation Iraqi Freedom in 2003 are considered to be quintessential examples of this RMA.

According to the theory of dialectics, all revolutions give rise to counter-revolutions. The counter to the precision strike revolution arose in the form of anti-access/area denial (A2/AD) capabilities. These included weapons systems such as sophisticated air defenses, long-range precision fires and unmanned vehicles. But more significantly, the A2/AD counterrevolution seeks to exploit new means of combat -- electronic and cyber warfare, in particular, and operations in domains such as outer space -- to attack the sensors, networks, and command and control systems on which the precision strike revolution was based.

A still new RMA could be imminent. It is a function, first and foremost, of the proliferation of sensors and so-called smart devices, the creation of increasingly large, complex and sophisticated information networks, and growing potential in automated systems and artificial intelligence. The first step in this revolution, now evident in the commercial world and our personal lives, is the rise of the “Internet of Things.” But it is the marriage of ubiquitous information collection, virtually unlimited data storage, advanced computational analytics and global, near-instantaneous communications that will truly revolutionize the world.

This emergent RMA is also driven by the need to address the A2/AD challenge and to more fully exploit the opportunities presented by new technologies and concepts of operations. Electronic and cyber “weapons” can be employed both offensively and defensively. Sensors and weapons in each of the domains of warfare (land, air, sea, outer space and cyberspace) can be employed in all others.

The current overarching concept encompassing the various aspects of the new RMA is Multi-Domain Battle (MDB). Although the MDB approach to future warfare is still evolving, one reasonable definition of it can be found in the U.S. Army’s Training and Doctrine Command draft document, Multi-Domain Battle: Evolution of Combined Arms for the 21st Century, 2025-2040: “a new, holistic approach to align friendly forces’ actions across domains, environments, and functions in time and physical spaces to achieve specific purposes in combat, as well as before and after combat in competition.” The key to the conduct of MDB is something called “convergence.” This is defined in the same document as:

… the act of applying a combination of capabilities (lethal and nonlethal, whether within a domain or cross-domain) in time and space for a single purpose. Friendly forces achieve victory through convergence by employing multiple combinations of cross-domain operations that create physical, virtual, and cognitive windows of advantage to enable cross-domain maneuver and fires to achieve objectives.

The U.S. Air Force may be the farthest along of the services in appreciating the implications of the new RMA and developing approaches for executing MDB. It has rightly concluded that the key to success in future conflicts is in Multi-Domain Command and Control (MDC2). This new concept is central to making convergence possible. U.S. Air Force Chief of Staff, General David Goldfein, declared MDC2 to be one of three focus areas for his tenure. According to General Goldfein, MDC2 consists of three elements: extremely high-quality situational awareness, rapid decision making, and the ability to direct forces across domains and missions with continuous feedback.

MDC2 envisions a future in which data is collected from a global network of sensors, platforms and even weapons, information is rapidly fused into actionable intelligence and shared across all Air Force components, between the services and with the Intelligence Community. With the right information available at the proper time, a commander can track both friendly and hostile forces, apply the appropriate weapon or effect against a target from any domain and receive near-real-time feedback. MDC2 will also develop tactics, techniques and procedures for the offensive and defensive employment of advanced capabilities in electronic and cyberwarfare directed energy and hypersonic weapons that can reach targets around the world in a matter of minutes.

The Internet of Things is empowering individuals, allowing them to acquire more information faster, make better decisions and control more of their environment. MDC2 will do the same for the Air Force. The Air Force understands that MDC2 will change the way it is organized, how it conducts operations and the means it employs to achieve success. The head of Air Combat Command, General James M. Holmes, described the implications of MDC2 on his service’s approach to decision making thusly:

“There’s a hardware part of it that we’ll work, but there’s also a people part of it: empowering people to use their knowledge and their skills and their experience to make the best decisions they can.” Decentralized decision making will also help to counter adversaries’ efforts to hack or jam friendly communications. The Air Force is reported to be setting up a special experimental organization to develop the organization, procedures and training needed to conduct MDC2.

Ultimately, the Air Force’s MDC2 will have to align with the concepts for command and control the other services are developing in response to this new RMA. This “meta” version of MDC2 must reconcile the inherent tensions between a set of systems and capabilities that can operate from and into any domain and the inherently single domain focus of traditional military services. Because cyber conflicts and information operations look to be a common feature of peacetime struggle between adversaries, MDC2 will have to function in situations short of war and under a wide range of rules of engagement.