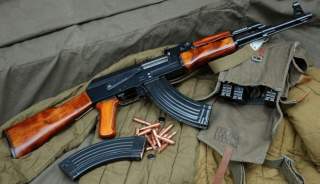 The reemergence of “Shekau” is not of particular interest. The Nigerian military continues to claim that the real Shekau died years ago, and, if he is still living, it is unclear what Shekau’s actual leadership role is. What is of great concern is Boko Haram’s increased military capabilities, control of territory, and its efforts in establishing its own “caliphate.”

This piece was originally posted in the CFR Blog “Africa in Transition” here.