The Only Way to Solve the South China Sea Showdown 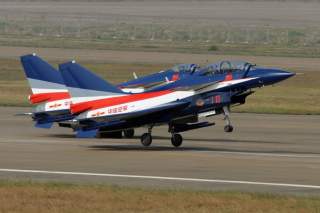 Despite the old adage that "good fences make good neighbors", sometimes it is impossible, for a variety of reasons, to build good ‘fences’ in the sea. This is certainly the case in the South China Sea, where territorial claims are complicated by geography.

While the recent ruling by the Arbitral Tribunal in The Hague on the dispute between China and the Philippines in the South China Sea has theoretically ‘cleared the air’ on some aspects of maritime boundary-making, in practical terms it may not have helped the situation.

The surprising feature of the ruling was the judgment that there are no ‘fully entitled’ islands in the Spratly group. There are numerous ramifications of this judgment, including for the status of other islands in the South China Sea. Islands in both the Paracel and Pratas groups are much larger than in the Spratlys and likely to satisfy the criteria to be regarded as ‘fully entitled’ islands. But maritime boundaries near the Paracels cannot be defined while sovereignty over this group is disputed between China and Vietnam.

Theoretically the ruling that there are only ‘rocks’ in the Spratlys provides a basis for a system of exclusive economic zone (EEZ) boundaries in the South China Sea with a number of enclaved territorial seas around the ‘rocks’. There may even be a resulting patch of high seas that are uncontested, although this may be closed off in part by the outer continental shelf claims by Vietnam and Malaysia. Vietnam could also help ‘clear the air’, as well as bolster ASEAN solidarity, by dropping its claim to features within the EEZs of Malaysia and the Philippines.

The importance the Tribunal attached to EEZ jurisdiction may reinforce the nationalistic attitude the littoral states attach to their EEZs. They will be looking for ‘fences in the sea’ rather than recognizing that maritime boundaries are not an end in themselves but rather a means of effectively managing maritime space. This should be the basic objective of all the littoral states to the South China Sea. It is also their obligation under Part IX of the United Nations Convention on the Law of the Sea (UNCLOS) in terms of cooperating in semi-enclosed seas.

Unfortunately this is the situation now in the South China Sea, with the national media of claimant countries, including the Chinese media, giving wide coverage to the disputes. The recent ruling may reinforce these sentiments.

Another issue in determining maritime boundaries in the South China Sea is whether or not EEZs should coincide with continental shelf boundaries. Different approaches to this issue are evident around the world, depending as much as anything on the state of the bilateral relationship between the neighboring countries. If the relationship is sound, overlapping jurisdiction may be feasible, but if it is not, the parties are unlikely to achieve the necessary level of agreement and cooperation.

While the general trend is to have coincident continental shelf and EEZ boundaries, this is not always possible, and states with overlapping claims may adopt separate boundaries for their EEZ and the continental shelf. This may be the case where a continental shelf boundary was agreed, largely on the basis of geological considerations, prior to wide acceptance of the EEZ regime under UNCLOS.

The South China Sea situation will only be settled when the bordering countries change their mindsets from one of sovereignty, sole ownership of resources and seeking ‘fences in the sea’ to one of functional cooperation and cooperative management.

A cooperative management regime is the only solution to the problems of the South China Sea. The most acceptable framework for a new regime would be a web of provisional arrangements covering cooperation for different functions with perhaps even different areas for each function.

These functions could include joint development of oil and gas resources, fisheries management, marine safety, marine scientific research, good order at sea, and preservation and protection of the marine environment. Regardless of whether or not maritime boundaries are agreed, urgent safety, resource and environmental problems dictate the need for increased dialog and cooperation.