Is the Pentagon Overplaying the Archer and Arrow Analogy? 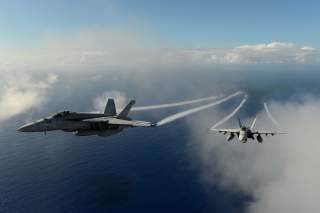 The Archer and Arrow Analogy stretches from the Twittersphere of the nation’s leading military officers to military Service-specific professional reading circles to budding security practitioners’ undergraduate papers. It permeates weapon system-related PowerPoint presentations and has crept into strategic documents. It can be found in all corridors of the Pentagon from the A to the E rings.

For those outside the national security community, the archer and arrow analogy is essentially this: there are two adversarial, opposing archers on a battlefield.  Each is trying to gain the upper hand over the other, mano a mano.  For example, they can attempt to shoot the opponent’s arrows out of the sky (known as defeat), strike a lethal blow to the other (known as destroy), or “blind” the other (known as disrupt).  By substituting a particular weapon system for the archer, arrow, or both, such as the American Patriot Missile System, the analogy takes on a modern lethality.

However, the analogy is inherently flawed and distracts from the multi-dimensional and penetrating threats emerging in 21st century warfare, especially at the strategic level.  The concern is that the analogy is hackneyed and military practitioners, especially within the Department of Defense (DoD), have become complacent in the analogy’s use. To its detriment, the analogy overwhelmingly portrays a simplistic and static environment with relatively similar weapon platforms or systems that are operating under shared battlefield conditions.  In short, the analogy paints a tactical level thumbnail sketch at the expense of the strategic level mosaic.  Instead, military staffs and analysts should parse down its usage or recognize the larger strategic issues that the analogy ignores.  Perhaps proponents of the analogy should consider placing an asterisk (*) next to the phrase to at least acknowledge the strategic vantage point beyond the archers.

Historically, the comparison traces its narrative back to two battles, the Battle of Crecy in 1346 and the more well-known and referenced Battle of Agincourt in 1415. Both battles pitted a numerically superior force of French armored knights against a numerically inferior, but massed force of lightly-armored English long-bowman.  Conventional wisdom favored the French in both battles, but conventional wisdom was turned on its head as the French were handed calamitous twice.  The long and lethal reach of the English long-bow ousted the armored knight.  In the Battle of Agincourt, historians estimate that at least 1,000 arrows a minute were unleashed on the French cavalry.

Over the last decade, the analogy has seen a rapid ascendance among military security circles, especially as it pertains to the technological advances enshrined in the “third offset” strategy and countering the proliferation of anti-access/area denial (A2/AD) capabilities spearheaded by a resurgent Russia and emerging China.

In fairness, the analogy is simple to explain and easy to convey which attests to its proliferation among the military.  The analogy will be neither the first nor the last to enter the DoD’s vernacular.  Kinetic and “strategic corporal” are two noteworthy terms that have been coined in the last few decades that continue to gain momentum.

Kinetic used to be confined to physics treatises, but since 9/11 it has morphed into the term of choice for traditional uses of “military force.”  Recently, kinetic spawned a corollary, non-kinetic, that encompasses non-traditional uses of force in cyber and electromagnetic spectrum domains.

Meanwhile, one of the most virulent metaphors that has remained pervasive in military circles is the proverbial “strategic corporal.” In 1999, Marine Corps General Krulak coined the term to describe the strategic-level empowerment and responsibility of the military’s most junior personnel while conducting operations.  The metaphor has grown exponentially since 9/11 and now has become synonymous with counter-insurgency operations. Yet, some despairingly whisper its corollary: the “tactical general.”  A pejorative that describes the ability of the most senior officer, leveraging the rapid communication, command, and control capabilities, to pull the strings on operations at the tactical level, thus jumping the traditional lines of commanders in the hierarchy.

The analogy is important for the battlefield, but it should not supersede strategy.  In the next conflict, there will be multiple fronts and domains filled with other combatants and methods to achieve victory, besides archers.

Wilson VornDick is a Commander in the Navy Reserve and previously served at the U.S. Naval War College’s China Maritime Studies Institute and the Joint Staff at the Pentagon. He holds three graduate degrees including one from Harvard University. These are his personal views and are not associated with a U.S. government or U.S. Navy policy.