The Pentagon Should Unshackle Its Military Personnel with One Standard Evaluation 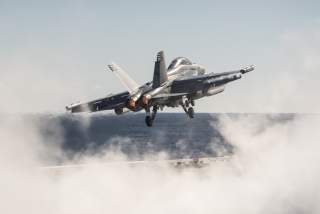 After the Allied invasion of Sicily was complete in the late summer of 1943, Lieutenant General George Patton took a respite from the war to type up an Efficiency Report for his deputy, Lieutenant General Omar Bradley.  The short, two page report had only thirteen questions.  In them, Patton observed Bradley over the course of “intimate daily contact” and commended Bradley as “not only a great soldier, but an utterly loyal friend.”  When asked to gauge his deputy up against the other general officers that he was familiar, Patton ranked Bradley 2nd out of the 12 he knew and recommended that he be granted command of “An Army.”  Patton was already famous in his own right but General Omar Bradley would go on to be one of only four 5-star generals in U.S. military history and the first Chairman of the Joint Chiefs of Staff.

Seventy years later, evaluations remain an integral, albeit understated and underappreciated, system for the military.  In fact, the U.S. military now stands as one of the largest assessment organizations in the world with almost 1.4 million active duty and 800,000 Guard and Reserve personnel. Combined, they expend in excess of 3 million hours (roughly 342 years) annually in the preparation, rating, review, and socialization of their military professional evaluations.  Yet, each Service has its own stove-piped assessment system that essentially evaluates the same thing: identifying the most qualified Soldier, Sailor, Airman, or Marine for advancement and assignment to positions of increased responsibility.  However, my recent study in Joint Forces Quarterly (JFQ) finds that while the distinct Services’ systems appear to support their respective Services’ needs well enough, four disparate and divergent evaluation systems burden joint operations, distract from larger Department of Defense (DoD) personnel initiatives, degrade the Joint Force’s ability to achieve stated national military objectives, and inefficiently expend limited resources. Moreover, the highest military positions remain at the Joint, Interagency, and Secretariat-level so why isn’t there one standard evaluation?

Administrative Obstacles to the Warfighter

Filling out the myriad of evaluations for different military personnel in a Joint-environment, such as on-going operations in Syria or Afghanistan, is a difficult task in itself.  But it becomes more so when the senior DoD civilians and the Joint Force need to identify skilled and competent personnel for special programs and operational assignments, certify Joint credit and qualifications, or to fulfill and track DoD-wide personnel initiatives.  Recently, the GAO criticized DoD for its inability to hold the Services accountable during the performance evaluation process or monitor professionalism issues linked to ethics, gender issues, and command climate.  For their part, the Services have employed their evaluation systems to monitor some of these issues as well as others highlighted by the GAO. For instance, the Marine Corps commissioned multiple studies over the last decade to assess to what extent biases exist within officer evaluations based on occupation, race, gender, commissioning source, educational achievement, and other factors.  Meanwhile, the Army has taken great strides to wrestle grade inflation among its officer corps with its revised evaluation system.  While these individual efforts are helpful, they could be better coordinated among the Services and Joint Force to capture what are essentially shared, cross-Service personnel challenges.

Incongruent evaluations systems also degrade the ability of the Joint Force to face stated national military objectives more effectively. Joint Force doctrine maintains that its strength relies on the combination of unique Service capabilities, such as personnel, into a coherent operational whole in order to execute globally integrated operations.  An integrated personnel evaluation system would significantly bolster this endeavor. Besides, enhanced jointness already exists within many military specialty communities that have similar performance metrics, such as health care and medical services, special operations, chaplain corps, logistics, cyber, public affairs, electronic warfare, military police, intelligence, and engineering. Regrettably, up till now, no comprehensive study neither evaluated the U.S. military’s myriad of personnel evaluation systems as a whole, nor assessed the lost productivity and resources consumed in maintaining these separate regimes.

Military evaluations, like their civilian counterparts, remain a pyramidal structure. Across the Services, servicemembers’ careers, both enlisted and officer, generally begin focused on entry-level technical, managerial, and tactical skills which steadily evolve into more senior-level supervisory, operational, and strategic skills as the officer progresses along the career continuum. The intent of the various Service-centric evaluation systems is to capture that progression. But the mechanisms used to accomplish that task couldn’t be more dissimilar. Each Service’s evaluation system breaks away from the other in a variety of ways: scope, nomenclature, delivery, content, length, and style, among others.  For example, the Marine Corps’ evaluation is six pages long, while the Navy is the only service that does not have a web-enabled evaluation.  On their face, it would appear that there is no overlap or commonality between evaluations, but there is.  The overall format and flow of the evaluation forms include four general sections: a standard identification section, a measurements and assessment section (with or without substantiating comments), a section for rating official or reviewing official commentary and ranking of the ratee, and, finally, a redress or adverse remarks section.

As the JFQ article contends, DoD would better serve its military leaders and operational commitments by coupling its human capital with a simple, efficient, secure, standardized, and joint evaluation system: the proposed Joint Evaluation System (JVAL).  As envisioned, JVAL could be implemented in one of three different constructs with each uniquely tailored to be a viable and valuable ‘yardstick’ to measure personnel capabilities and capacities.

The Past as Prologue

Recently, DoD unveiled two of the most significant personnel initiatives in a generation: Force of the Future (FotF) for military personnel, in 2015 and New Beginnings, which replaced the National Security Personnel System, for the civil service employees in 2016.  When it was unveiled, FotF released a cascade of personnel reforms from retirement schemes to promotion schedules in parallel with a host of corresponding Service-specific programs, such as the Navy’s Talent Management.  New Beginnings did phase-in a new performance and appraisal program, but omitted evaluation reform.  This is an unfortunate omission because the launch of FotF provided an opportune moment to address the disjointed and disparate evaluation systems.

Benefits of a Standard Evaluation

The current evaluation systems sap both short- and long-term efficiencies and resources. First, by combining the four Services’ evaluation-related personnel, facilities, and support systems, DoD would realize millions of dollars in costs savings annually, take back ‘lost productivity’, and increase efficiencies.  Second, under one evaluation system, a servicemember’s separation or retirement into a post-military career would be less intimidating and more transparent if a standardized performance measure existed for potential employers and the transitioning veteran to gauge their skills, akin to a LinkedIn profile.  Besides, a majority of recruits into the military do not continue their service beyond one tour so a more transferable and less-opaque performance evaluation system would be beneficial. Third, inter-Service transfers, augmentation by the Reserve and Guard personnel, and mobilizations would be more seamless if a shared evaluation system existed by which to measure personnel capabilities. Finally, it would allow the total Joint Force to gauge its workforce with similar personnel-related metrics.

While instituting the cross-Service JVAL is not without its challenges, JVAL would be a monumental shift in the way DoD, the Services, and Joint Force historically have handled personnel.  At a recent speech at Harvard University, Secretary of Defense Carter acknowledged that “we have a personnel management system that isn't as modern as our forces deserve.”  It is within the capability and capacity of DoD and the incentives exist to implement JVAL. Indeed, not all systems that strike shock and awe into America’s adversaries have to be clandestine, cyber-based malware or advanced stealth strike fighters. Perhaps a joint, secure, and streamlined personnel evaluation system would unshackle and release one of DoD’s most potent and lethal weapons – its people.

Wilson T. VornDick is a Commander in the Navy Reserve and previously served at the Joint Staff and the Chief of Naval Personnel (N1).  These are his personal views and are not associated with a U.S. Government or U.S. Navy policy.