Is the Pentagon’s “Independent” Watchdog Really That Independent? 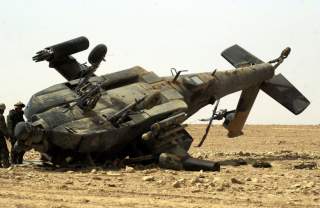 First some background. As originally reported by Craig Whitlock at TheWashington Post, the DoD IG substantiated allegations that Losey had retaliated against individuals he suspected to have reported that he improperly used taxpayer funds for personal travel. He was cleared of the travel-spending allegations, but drew up an “enemies list” of those he believed could have reported him. “If you continue to undermine my authority as a commander, I’m going to bury each one of them,” one witness  said Losey told his staff. “I’m going to come after them, and I’m going to [make] it very unpleasant.”

Losey was promoted despite these findings, likely in part because the IG’s report wasn’t released to the public until The Washington Post obtained copies of it from other sources. The IG’s practice of only releasing reports in response to Freedom of Information Act requests is one of the systemic issues POGO raised in our letter to Acting IG Fine. “The office’s practice of withholding its reports from public release unless they are specifically requested demonstrates a poor understanding of the office’s role regarding agency leadership,” we wrote. This practice has also been criticized by the Department of Justice Inspector General (DOJ IG), who recommended the DoD IG publicly release and publicize substantiated findings of whistleblower retaliation to heighten awareness of the military whistleblower protection law, deter others from retaliating, and encourage other victims of reprisal to come forward.

Following the Post’s report, a number of those Senators, along with a number of colleagues, acted again. Senator McCaskill wrote to Navy Secretary Ray Mabus to find out why Losey had not been held accountable for his actions. Whistleblower Caucus Vice Chairman Senator Wyden placed a hold on Janine Davidson, who had been nominated to be Under Secretary of the Navy, to get the Navy to review Losey’s promotion. Beyond the Caucus, Senate Armed Services Committee Chairman John McCain (R-AZ) and Ranking Member Jack Reed (D-RI) sent a letter to Secretary Mabus in response to the investigation reports, expressing “deep reservations” about Losey receiving a second star and urging Mabus to deny the promotion, which he did in March.

The denial of Losey’s promotion was a huge victory for whistleblowers, sending a strong message that retaliating against whistleblowers can be a career-ending move. But it almost certainly would not have happened without the aggressive intervention of the Senate Whistleblower Caucus and the Senate Armed Services Committee.

And it turns out the DoD IG’s investigation into the full scope of Losey’s actions still isn’t over, even though it began over 1,150 days ago. Senator Grassley is worried that the delay is due to efforts to water down the findings. “On one side are the investigators. They appear to be guided by the evidence,” said Senator Grassley. “On the other side is top management. They appear eager to line up with the Navy’s decision to arbitrarily dismiss the evidence.” Specifically, Grassley is concerned that the head of DoD IG’s Administrative Investigations unit is pressuring investigators to alter their findings from substantiated to unsubstantiated.

“In early December 2015, as the Losey promotion issue reached a critical juncture, top management allegedly ‘directed’ the investigators to change the report’s finding from substantiated to not-substantiated. The investigators were also allegedly directed to change facts and evidence to fit the desired finding,” said Grassley. “Key pieces of evidence had to be allegedly ‘removed’ to ensure that the evidence presented in the report was aligned with the specified conclusions.”

Based on these serious allegations, he’s calling for Acting IG Fine to demand an explanation as to whether DoD IG’s Administrative Investigations unit violated the law.

POGO continues to hear from DoD IG whistleblowers about concerns regarding the integrity of the office’s investigations. Anyone with additional information can contact POGO here.

Mandy Smithberger is the Director of the Straus Military Reform Project at the Center for Defense Information at the Project On Government Oversight.