The Philippines vs. China in the South China Sea: A Legal Showdown 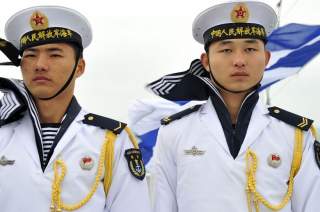 The next stage in the Philippines’ closely-watched arbitration case against China’s maritime claims will come in March when Manila’s lawyers submit their answers to questions posed last month by the five judge panel overseeing the case. The Philippines has put together a clever case, one that seeks to skirt China’s exemptions to compulsory arbitration as allowed by the United Nations Convention on the Law of the Sea (UNCLOS). But the case is not a slam dunk, and that might be for the best.

The heart of the Philippines’ case is an argument that China’s infamous nine-dash line does not qualify as a valid maritime claim. If the Arbitral Tribunal finds that it has jurisdiction in any part of the case, it is hard to imagine that it will not agree with Manila on this point. And that ruling—that Beijing is legally obligated to lay out its claims based on maritime entitlements from coastlines and islands, not via dashes arbitrarily drawn on a map—could be enormously beneficial for all those with an interest in the South China Sea.

Despite Beijing’s insistence that it will not recognize any award the court makes, China’s leaders might be persuaded to clarify the country’s South China Sea claims even while publicly refusing to obey the court. This would be much the same as how the United States under the Clinton administration complied with much of an International Court of Justice ruling in a case brought by Nicaragua that the Reagan administration had earlier rebuffed.

Chinese legal experts both inside and outside government already know that Beijing will eventually need to redefine the nine-dash line. In theory, it could maintain a claim to most of the waters within the line by making (admittedly extreme) EEZ and continental shelf claims from the Paracel and Spratly Islands. That is a clarification that the Chinese leadership could live with.

Other parts of the Philippines’ case are more ambitious, more tenuous, and less acceptable to China. Manila has asked the Tribunal to rule that several features occupied by China are in fact low-tide elevations, not islands, and are therefore not open to claims of sovereignty because they are legally part of the seabed. At least one of these features listed by the Philippines appears to lie within the territorial sea of a rock or island claimed by China and is therefore beyond the possible jurisdiction of the court. The court may or may not find it has sufficient evidence to rule on the remaining features, especially because accurate surveys of the Spratlys are notoriously lacking. If the tribunal does rule these features to be low-tide elevations and orders China to evacuate them, it is hard to imagine that Beijing will comply.

But the really troubling outcome of the case could lie with the most ambitious of Manila’s arguments—that a number of islets occupied by China are legally rocks, not islands, and therefore can generate only a 12 nautical mile territorial sea, not an EEZ or continental shelf. In its full memorial submitted to the court last year, the Philippines added Itu Aba, the largest of the Spratlys, to its case. It is unlikely that the court will rule that Itu Aba, and by extension all the smaller islets in the archipelago, are legally rocks—such a ruling would be unprecedented in its scope. More importantly, such a ruling would back Beijing into a legal corner, with worrying results.

(Recommended: The National Interest is Hiring!)

Redefining the nine-dash line could be palatable to Beijing, but only if that redefinition leaves China with a substantive claim to EEZs and continental shelves in the South China Sea. If the Philippines gets everything it is asking for from the court, such a clarification would be impossible. In that case, China is all but certain to dig in its heels, doubling down on the nine-dash line and in all likelihood withdrawing from the Law of the Sea convention. This would technically be illegal since the treaty requires advanced warning of such a withdrawal, but at that point, Beijing would be unlikely to care. Provoking such an extreme reaction from China will not be in the Philippines’ interests, nor in those of the other South China Sea claimants, the United States, or the international legal order.

Gregory Poling is a fellow with the Sumitro Chair for Southeast Asia Studies and the Pacific Partners Initiative at CSIS. He manages research projects that focus on U.S. foreign policy in the Asia Pacific, with a special focus on the member countries of the Association of Southeast Asian Nations. This piece first appeared as part of the Asia Maritime Transparency Project created by CSIS.