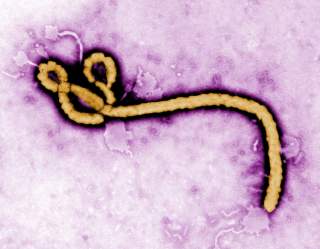 West Africa may be at the center of the ongoing Ebola crisis, but the fear of the virus is pan-African. Much of the world sees Ebola as an African problem and Africans are beginning to internalize this perception as well. The continent’s response to the virus is seen domestically and internationally as a litmus test of the capacity and abilities of national governments which are using the crisis as a means to assure their citizens and international partners of their newfound capacities and crisis response potential.

In southern Africa, Zambia was one of the first countries to announce restrictions on travel from the Ebola affected countries in early August. Shortly thereafter, Kenya Airways halted flights to countries at the center of the Ebola epidemic.* South Africa, a major destination of travelers from West Africa, blocked visitors from the affected countries a few weeks later despite advice to the contrary from the World Health Organization. Namibia and Botswana followed suit soon after.

More recently, the continued spread of the virus has started to impact travel within Africa even outside of the Ebola hotspots. In late September, Namibia’s health minister advised Namibian nationals not to visit Zimbabwe due to Ebola fears. Zimbabwean officials in turn have encouraged their citizens to avoid all of West Africa, explicitly requesting that they cancel visits to popular Nigerian preachers.

Delving further into the Zimbabwe example, the Ebola crisis regularly makes headlines in the national press there. The country has adopted stringent Ebola prevention measures; including placing nearly one hundred travelers from West Africa under close observation for twenty-one days. Doctors and nurses have received Ebola training and a forty-bed Ebola treatment center has been established in Harare. Ebola has severely disrupted customary cultural greetings in West Africa and Zimbabwe’s minister of health has similarly advised Zimbabweans to avoid handshakes and other intimate greetings. From HIV testing centers in the high-density township of Chitungwiza, to Africa University near the border with Mozambique, Ebola awareness posters are common across the country, indicating that both the state and its citizens take the disease very seriously.

Despite the precautionary measures, rumors of Ebola deaths at several Zimbabwean hospitals have gained traction. As a result of these fears, there have been major cancellations of reservations in resort towns like Victoria Falls and postponement of public events. Opponents of the governing party have used the disease as a political tool, leveraging that with Zimbabwe’s decaying health infrastructure and susceptibility to diseases like cholera, Ebola is positioned to devastate the country.

Following successful containment efforts in Nigeria and Senegal, Ebola now appears to be confined to the countries of the Mano River Basin. However, the inadequate conditions that allowed the disease to spread in those countries can be found across the continent. Citizens of countries like Zimbabwe, vividly remember similar failings of their governments to contain impending disasters, such as the initial voices of dissent from war veterans that culminated in the violent appropriation of farmland and hyperinflation. For much of the world, Africa is seen as a monolithic block, and Ebola perceptions will tarnish the whole continent, not only the countries where people are suffering from the virus.

Despite previous failings, authorities in Zimbabwe are demonstrating a significant commitment to ensure that the virus does not penetrate their borders. As the embarrassing American response to a case of Ebola in Texas shows, response to the unprecedented outbreak is not easy. While Ebola has sparked panic across Africa, its states are engaged in major efforts to limit the impact of the virus. Some countries are better equipped to respond to the crisis than others – these efforts, combined with international assistance, are critical to ensure that the virus is defeated and that the destruction it causes, both physical and reputational, is minimal.

* There have been recent indications that many regional flights to the countries most severely impacted by the Ebola crisis in West Africa will soon resume.