This Is the Russian Special Forces Unit No One Talks about—until Now. 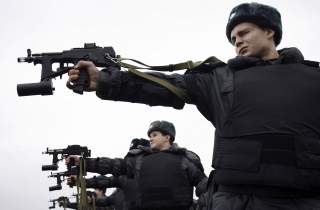