The 'Secret' Submarines the U.S. Navy Doesn't Want to Talk About (And Russia Fears) 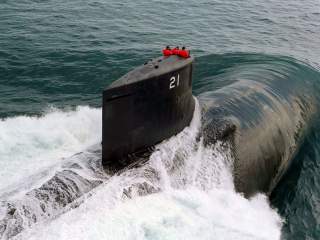 So what was Seawolf doing under the ice? Most likely simply training … for fighting under ice. For a submarine crew, going to the Arctic “gives us the opportunity to test our combat systems, our navigation systems, our communication systems and just what it’s like to operate in this very challenging environment,” Roughead said four years ago.