The Slowing China Economy: How Worried Should We Be? 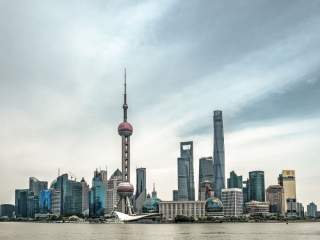 China is forecast to contribute over a quarter of global growth over the next five years (calculated in purchasing power parity terms), so what happens to the Chinese economy is hugely important for the rest of us. But how can we make sense of the dodgy data and over-excited commentary?

Newspaper headlines and the market commentary would be a poor guide. The Financial Times recently ran an article headed “The 29 minutes that shook the world.” No, this wasn’t the Cuban missile crisis, a huge natural disaster or a political coup. It was a fall in the Shanghai stock market sufficiently large to trigger an automatic halt to trading, but which still left the index higher than it had been just a year before.

Financial market commentators aren’t much calmer than the press. Market volatility is their bread-and-butter, so they aren’t going to miss any opportunity to get some self-publicity by shouting that the sky is falling in.

That said, there clearly are issues of real concern and the Chinese economy is inscrutable, with deficient data. Is it possible to go deeper than the attention-grabbing beat-ups, to discover some analytical ‘fundamentals’ which might anchor the anxieties?

The main current economic concerns are three-fold: the financial sector; the rate of GDP growth; and the exchange rate. In each case, there are underlying issues that reflect the extraordinary transition China is going through. Such transitions are never smooth or riskless. And they are by their nature unpredictable as there is no relevant precedent.

Let’s start with the financial sector. The stock market “has only three speeds --boom, bust or comatose.” There is no point in spending too much time on traditional ‘fundamental’ measures such as price/earnings (P/E) ratios. Leaving aside the doubtful accounting data, the range of P/E ratios is so wide that overall judgment is impossible. The Shanghai composite P/E ratio is currently around fifteen, about the same as comparable global markets, but the median ratio (with half the companies lower than this number and half higher) is around sixty-five because there are many smaller companies with stratospheric P/E ratios. In any case the stock market has only a tenuous relationship with the Chinese real economy, and only 6 percent of Chinese having any direct holdings. All that can sensibly be said is that after the market rose 150 percent in the year to mid-2015, it was very likely to fall back subsequently, which it did.

Some have drawn the conclusion that the bureaucratic mishandling of the stock market has a wider meaning, demonstrating general incompetence. But these moves have been pretty much what you would expect from a system still deeply imbued with command-and-control ethos. You can fault the individual moves, but you can’t draw a wider conclusion of bureaucratic incompetence. In any case the missteps are trivial.

On the other hand, the issues in the broader financial sector are anything but trivial.

Judging by the near-universal experience elsewhere, the path of financial deregulation is intrinsically crisis-prone. The financial sector expands into unexplored territory with embryonic institutions and inexperienced people.

Simply saying that debt has grown a lot tells us nothing useful about the risks involved: growth of debt is the core metric of financial deepening, so a substantial increase at this stage of China’s development is not just normal, but desirable.  But borrowers and lenders can make mistakes. Has credit grown too far or too fast? China is towards the high end of debt ratios in comparable countries, and the post-2008 growth has been very fast (boosted in particular by the massive 2009 stimulus, for which the rest of the world should be grateful, not least Australia). Anecdotal evidence suggests that substantial cleaning up will be needed, but China has done this before and has the direct administrative controls to do this better than most countries.

The break-neck pace of credit growth needed to slow and consolidate—and that is happening now. In the process, funding for new productive assets and new housing will be constrained, so these sectors will feel a financial pinch. That’s part of the wider adjustment which is a desirable transition but will probably be bumpy. If it gets too bumpy, the authorities have room to give further monetary stimulus. Moreover, it is worth remembering that China’s pre-2008 double-digit growth was not driven by fast credit expansion, so the link between debt and growth is not close.

What about slower GDP? Again this has been over-dramatized. The point of inflection from double-digit growth took place six years ago and since then China's sustainable rate of growth has been around 7 percent. This is still the official target, and is close to recent experience (today's figure for 2015 was 6.9 percent) and to the market's consensus forecast (6.5 percent). There is a widespread view that the official figures are puffed up by officials anxious to achieve the target, but most observers see this as relatively minor.

Rather than debate the interstices of GDP compilation, which is complicated by the transition to a more consumption-based economy, Chinese officials should be focused on ensuring that unemployment doesn’t become a political problem.

It’s hard for outsiders to judge the truth behind the unbelievable stability of the official unemployment figures, but each of the reasons why the official figures undoubtedly understate the ‘true’ rate are also good reasons why a modest rise in ‘true’ unemployment might be less politically damaging in China than in most countries.

Can the safety-valve of return-to-the-countryside (which was important during the GDP growth inflection-point in 2009) still work to buffer the impact of slower GDP growth? It seems certain that Zhongnanhai officials are monitoring this issue in a degree of detail far beyond the official statistics. If necessary they would provide more monetary stimulus. Everyone wants to make the necessary transition to a more market-based economy as quickly as possible, but sensible policy-makers will take a step back to regain balance if the pace of transition threatens stability.

Stephen Grenville is a visiting fellow at the Lowy Institute for International Policy and works as a consultant on financial sector issues in East Asia. Between 1982 and 2001 he worked at the Reserve Bank of Australia, for the last five years as Deputy Governor and Board member. This article first appeared in the Interpreter.