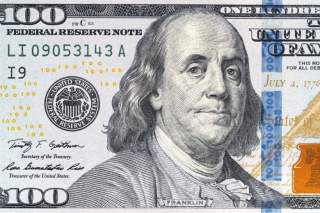 Social Security’s programs are in deep trouble. According to the just-released 2016 report of the Board of Trustees for the Federal Old-Age and Survivors Insurance and Federal Disability Insurance Trust Funds, both programs’ trust funds will be depleted in the near future—old-age and survivors insurance in 2035 and disability insurance in 2023.

Should Congress neglect Social Security reform until the trust funds are fully depleted, the Social Security Administration would only be authorized to pay those benefits that could be financed from payroll taxes alone.

The longer Congress waits, the deeper the benefit cuts would need to be.

This does not mean that Social Security is financially stable until then. Payroll taxes are already falling short of what’s needed to pay out benefits, and general revenues or additional deficit spending are being used to finance the programs’ cash flow deficits.

The trust funds provide Social Security’s programs with spending authority in excess of annual payroll tax collections. During years when the government collected more payroll taxes from workers than were necessary to pay benefits to individuals with disabilities and retirees, Congress spent those payroll taxes in other areas of the government and Social Security was credited with interest-earning Treasury bonds to its trust funds.

Social Security’s combined trust fund “assets” of $2.8 trillion are really IOUs that represent an unfunded obligation for current and future taxpayers; not a reserve fund from which to draw on.

From the 2016 report: “The trustees recommend that lawmakers address the projected trust fund shortfalls in a timely way in order to phase in necessary changes gradually and give workers and beneficiaries time to adjust to them. Implementing changes soon would allow more generations to share in the needed revenue increases or reductions in scheduled benefits.”

Congress Should Not Raise Taxes:

Several proposals would raise payroll taxes on all workers or lift the payroll tax cap, targeting tax increases to higher income earners and small businesses. While it may be tempting to raise revenues to cover some of Social Security’s shortfalls, Social Security’s 12.4 percent payroll tax is already the largest tax paid by a majority of Americans.

Increasing the payroll tax would disproportionately burden younger generations by reducing their ability to finance their everyday lives and build financial security through savings and investments.

Extending the payroll tax cap above its current $118,500 cap would impose economically damaging marginal tax rates on middle and higher income earners and small businesses, and much of the revenue gained in Social Security taxes would be lost in other federal and state taxes as a result of lower taxable incomes. Moreover, the U.S. payroll tax cap is already much higher than that of other industrialized nations. Congress should adjust benefits, reducing Social Security’s burden on workers, and focusing the program on its original purpose of poverty prevention.

Congress has several options to adjust benefits in a fair and responsible way:

- Congress should adopt a more accurate index for cost of living adjustments: the chained CPI.

- Congress should further adopt a transition plan to replace Social Security’s complex benefit formula with a predictable antipoverty benefit that is focused on those Americans who need the assistance the most and facilitate private savings for retirement income.

- Congress should adopt reforms that encourage individuals with disabilities that are expected to improve to return to the labor force.

- Congress should improve the disability determination process by eliminating the GRID rules which foster inconsistency in disability awards and by encouraging more employers to offer private disability insurance with its better record of accommodating individuals with disabilities so they may continue participating in their communities through work.

While President Barack Obama promised to tackle entitlement reform under his first term in office, the president never fulfilled this promise.

Reform is even more urgent now. The next president should elevate Social Security reform to a national priority. Delaying reform will result in more painful and drastic changes for the American people when Congress runs out of roadway to kick the can.