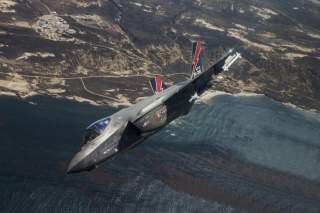 The leadership of the Department of Defense is fixated on identifying and bringing to the military a series of technologically-based military capabilities that will provide this nation with enduring military advantage for decades to come. For more than sixty years, U.S. military superiority was primarily the result of advances in nuclear weapons, stealth and precision guidance and navigation, and electronic warfare. These so-called First and Second Offset Strategies were largely the product of experiments, tests, training activities, concept developments and practice activities conducted in the Southwest Defense Complex (SWDC).

The new or Third Offset Strategy is based on continuing rapid advances in sensing, computer processing, big data exploitation, visualization, robotics and artificial intelligence. As has been the case in the past, these new technologies will lead to the discovery of advanced tactics and operational concepts. Uncovering these new ways of war will be a central mission for many of the bases and facilities in the SWDC. But for these test and experimentation facilities, weapons ranges and training areas to have value to the Third Offset process, they will have to be upgraded and re-instrumented to reflect the new tools of modern warfare.

The SWDC is already involved in capabilities that can be reasonably characterized as the leading edges of the Third Offset Strategy. For example, the U.S. Marine Corps, the first service to announce the initial operating capability (IOC) for the F-35 Joint Strike Fighter, has been working with its short takeoff and vertical landing model at the Yuma Proving Ground. The Air Force, which announced the IOC of the F-35A just a few weeks ago, has been training pilots and maintainers as well as developing new tactics and operational concepts based on the plane’s unique attributes as a sensor platform in the SWDC for several years. In parallel with training and tactics development, work is underway to integrate new capabilities such as JASSM-ER and LRASM missiles on fourth- and fifth-generation fighters. The Air Force’s new B-21 long-range multi-role strategic bomber and the Navy’s Next Generation Jammer will unquestionably spend many of their developmental years in the SWDC.

The U.S. Army is investing heavily in science and technology to produce improved capabilities in line with the Third Offset Strategy. One area of focus is on-the-move communications as exemplified by the WIN-T Increment 2 mobile network system. Another is tactical lasers which are capable of knocking drones, mortars and even some artillery shells out of the skies.  Installations in the SWDC are supporting comparative testing of U.S. and foreign systems intended to detect, track and counter hostile drones. A similar program has begun to assess the value of deploying Active Protection Systems on Army and Marine Corps combat vehicles. Finally, Army ranges will be critical to the development of new extremely long range fire systems such as the Small Diameter Bomb equipped Multiple Launch Rocket System.

The responsibilities for the SWDC extend well beyond supporting advances in conventional military capabilities. The U.S. has begun a long-term effort to revitalize all three legs of its nuclear triad. Facilities in the SWDC such as Vandenberg and Point Mugu will play a critical ongoing role in the effort to develop new inter-continental and submarine-launched ballistic missiles. In addition, the SWDC serves as a critical base for the development and testing of advanced ballistic missile defenses.

It is clear that the next generation of military capabilities, those central to the success of a Third Offset Strategy will be less platform centric and more focused on software and computing, the collection, processing, transmission and exploitation of information. Kinetic solutions will be augmented by advances in electronic warfare, cyber, information operations, camouflage and deception.

This evolving military-technical revolution will make the Pentagon ever more dependent on its ability to develop ways of employing new platforms and capabilities as part of the joint force. The role of cross domain fires in joint operations will radically increase.  Cross domain fires is broadly defined as an operational regime wherein fire systems operated by different services collaborate and provide mutual support.  This concept also includes Army rockets and artillery to destroy maritime targets such as ships off the coastline, just as sea and air assets attack targets on land.  The SWDC is unique in providing the volume of land, air and sea spaces and variants in terrain in which complex tactics and operational concepts based on cross-domain fires can be tested and developed.

The evolution towards the Third Offset Strategy will put new demands on the bases, ranges and facilities that comprise the SWDC. Additional investments will be required to preserve the health and functionality of the SWDC and to expand its capabilities to enable it to adequately support more sophisticated multi-domain tests and operations.

It is also important to mention the inherent value of SWDC for training and the development of tactics and operational concepts. It has become increasingly easy for adversaries such as ISIS to acquire advanced capabilities, either through espionage, hacking or on the open market. Some senior military leaders have observed that it may be to this nation’s advantage to fight in the dark, using our electronic and cyber warfare capabilities to turn the battlefield dark. The advantage in a future high-end fight might well go to better trained U.S. forces that have practiced the arts of war on or in the wide air, land and sea spaces within the SWDC.