The Story of the 2020 Tokyo Olympics Is Already Taking Shape 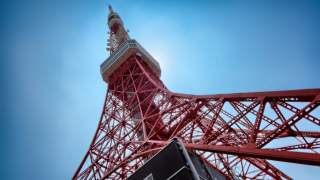 The 2016 Rio Summer Olympic Games have concluded. While athletes and audiences bask in the glow of superlative performances, the historical retelling of these games, like virtually all other Olympics, will focus as much on what happened outside the competition as occurred inside the venues. The Olympics are equal parts sporting events and national and geopolitical landmarks. As the Olympic torch passes from Rio de Janeiro to Tokyo, some of the most important strands of the 2020 Olympic out of competition narrative are already clear.

When the history of the 2020 Games is written, perhaps the central figure in that telling will be Japanese Prime Minister Abe Shinzo. Abe worked hard to secure Tokyo’s victory in the bidding for the Games (although the previous DPJ government did a lot of the heavy lifting at the beginning of the process). His surprise performance at the Rio closing ceremony, appearing as Super Mario, is one sign of his commitment to success in 2020. Abe isn’t the most relaxed politician, but any thoughts about hurting the dignity of his office and image by popping up as a video game character – a plumber, no less – were balanced by knowledge that Queen Elizabeth made a cameo in the opening ceremony of the 2012 London Games.

A successful Tokyo Olympics will cap an extraordinary tenure for Abe as prime minister, a term that began just before Tokyo was awarded the games and should – in theory, at least – end in September 2018, two years before they take place. Indeed, there is talk of allowing him to stay in office because of his success, which would permit him to watch the games as national leader, rather than a “mere” spectator.

Whether he stays in office beyond the usual term – and if he were to serve as PM until the Olympics, Abe will be the longest-serving prime minister in Japanese history – will greatly depend on the fate of Abenomics, the economic program that bears his name. An assessment of Abenomics will be the second key strand of the Olympic narrative.

Abenomics is intended to lift the Japanese economy out of its torpor and a national malaise that has lasted for over two decades. It originally consisted of “three arrows” – monetary easing, fiscal stimulus, and structural reform – and has been revised once since it was first articulated: Abenomics 2.0 was launched in September 2015. Abe considers the Olympic bid a “fourth arrow,” boosting domestic investment – the Bank of Japan reckons it will goose GDP 0.3 percentage points until 2018 – along with tourism – it will allow Japan to double the number of annual tourist visits to 40 million – and the country’s ailing sports industry, which has been falling precipitously for over a decade. (Blame an aging society and flat personal incomes.) Japan wants to double the size of the sports industry by 2020 and triple it by 2025. The pomp and pageantry of the 2020 Olympics will either showcase the success of Abenomics or symbolize its failure.

A second person who will likely loom large in the 2020 Olympic storytelling is newly elected Tokyo governor, Koike Yuriko. She has taken charge of the Tokyo metropolitan government, a city with a budget equal to that of Sweden and which would be, if it were an independent country, the world’s 14th largest economy, surpassing that of Mexico, Korea, and the Netherlands.

While the Tokyo governor does not head the Japanese Olympic Committee or the organizing committee, the city government is a partner in the games and responsible for a significant amount of the budget; the exact amount is disputed and has been the source of considerable friction between the organizing committee and her predecessors.

Budget overruns are impressive. Japan originally budgeted $3 billion for the 2020 Games, but there are estimates that the total could eventually be six times that amount, with the city on the hook for a considerable share. Construction of the main stadium has been a particular source of trouble. The original design was first hailed as visionary and revolutionary, and then decried for not being the work of a Japanese architect, and then abandoned – with considerable acrimony – for being too expensive. Approving a new design was a contentious process and that delay meant construction was delayed. While the stadium should be ready for the 2020 Games, it will not be available, as anticipated for the Rugby World Cup that Tokyo will host the year before.

There have also been problems with the design of the Games logo – accusations of plagiarism forced the organizers to reopen the competition – as well as allegations that the actual Games bid was bought with bribes, a charge the organizing committee has denied. Spokesperson Ono Hikariko insisted that “We believe that the Games were awarded to Tokyo because the city presented the best bid.”

Two Tokyo governors have resigned since the Olympic bid was awarded (neither for reasons related to the Games). If she remains in office, Koike will be the face of the local hosts. A successful Olympics will burnish her political credentials and vault her to the ranks of national political contenders. Most significantly, as the first woman governor of Tokyo, it will be an important symbol of the role women can play in Japanese politics and administration, a fillip to much derided efforts to boost the role of women can play in the country and the economy. Koike’s leadership and success as governor could reshape national expectations of women in politics.

Finally, the story of the 2020 Olympic Games will likely be presented as the story of Japan itself. When Tokyo hosted the 1964 Olympic Games, it signaled Japan’s re-emergence from the defeat of World War II and demonstrated the energy and creativity of the new Japan. The organizers anticipate that the 2020 Games will do the same for Japan today. The organizers plan to showcase the country’s technology and innovation -- there is talk of robot taxis and electronic helpers, along with a manmade meteor shower – as well as its commitment to the environment – from the bio fuels that aircraft bringing participants and guests will use to medals will be made from recycled e-waste, the entire Olympic project will be guided by a “green” approach. The second Tokyo Olympics will herald Japan’s emergence from “the lost decades” and the arrival of a new postmodern, confident and outward-looking country. But if Abenomics does not succeed, then the national sense of malaise will continue and the 2020 Olympics will not be seen as a beginning, but rather as the bookend, with 1964, of a discrete period in modern Japanese history.

A successful 2020 Olympics, guided to its conclusion by a female governor, could be the most potent symbol of a new and revitalized Japan. Abe, Koike and the Tokyo Olympic Organizing Committee have four years to make that ambition a reality. Given the sporting, political, and economic environment, it will take considerable hard work – and equally considerable good luck.