The U.S. Air Force Is Trying to Fix a Major Weakness in One of Its Most Legendary Weapons 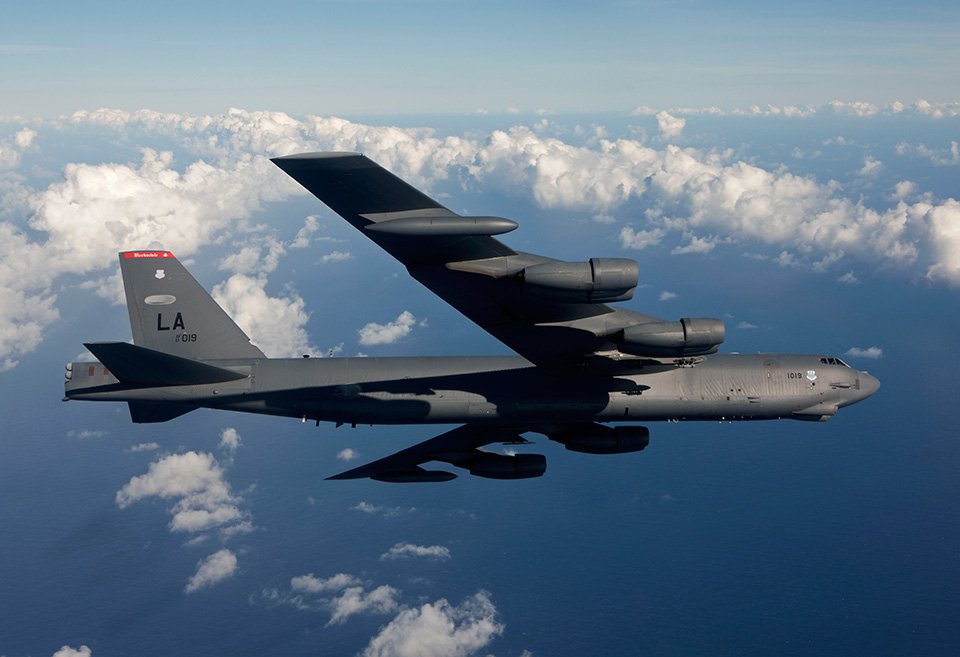 Replacing the venerable Boeing B-52 Stratofortress strategic bomber’s eight antiquated Pratt & Whitney TF-33 engines with modern turbofans is increasingly becoming a top-priority for the United States Air Force. Replacing those antiquated powerplants will greatly increase the range, endurance and fuel efficiency of the B-52 while also reducing the workload on maintainers.

“I think that is one of my top priorities that I would like to pursue with the Department of the Air Force,” Gen. Robin Rand, commander of Air Force Global Strike Command, said during his testimony before the House Armed Services Committee on June 7.

“There are many benefits to this—strategic and tactical and at the operational level.”

The biggest benefit in Rand’s view is that new engines would give the B-52 thirty percent better fuel efficiency and far greater time on station.

“That would reduce substantially our requirement for tankers and they could be used by other airplanes,” Rand said.

Additionally, new engines would mean that the Air Force could keep those powerplants on the airframe for potentially another forty to fifty years, Rand said. That would reduce the number of maintainers the service would need to assign to each B-52 unit.

“As faithful as the TF-33 engine has been, it takes a lot of people and a lot of maintenance to keep it airworthy,” Rand said.

Indeed, if the Air Force realizes its plans to keep the long serving B-52 in service past 2050, the service will almost certainly have to replace the bombers’ engines. Jet engine technology has advanced a very long way since the 1950s vintage TF-33s were developed. Modern powerplants offer far greater performance in every possible metric.

“I think there is a lot of value in assessing this,” Rand said.

There is no doubt that replacing the B-52’s engines would be beneficial for the Air Force. However, this is not the first time that the service has proposed replacing the bomber’s antiquated engines. This idea has emerged time and again under various guises over the years only to fall flat.

Indeed, as my former colleague—a legendary aviation reporter—Bill Sweetman wrote, Pratt  & Whitney made the case to replace the bomber’s engines as far back as in 1982. There have been multiple other more recent proposals—the most recent one being in 2014—to re-engine the B-52. Each time, the idea has ended up being shot down.